KUALA LUMPUR (Reuters) - In another twist in Malaysian politics, formerly jailed opposition leader Anwar Ibrahim announced on Wednesday he has secured a majority among lawmakers to enable him to form a new government. Anwar's move follows months of political upheaval that began in February and comes after a failed push for a confidence vote in parliament against Prime Minister Muhyiddin Yassin. 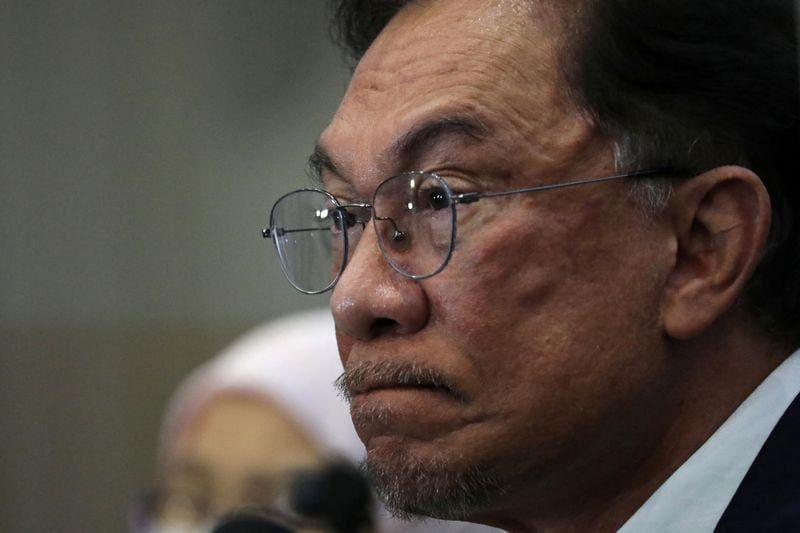 KUALA LUMPUR (Reuters) - In another twist in Malaysian politics, formerly jailed opposition leader Anwar Ibrahim announced on Wednesday he has secured a majority among lawmakers to enable him to form a new government.

Anwar's move follows months of political upheaval that began in February and comes after a failed push for a confidence vote in parliament against Prime Minister Muhyiddin Yassin.

Anwar, 73, said the support he garnered indicates "Muhyiddin has fallen as PM." But Muhyiddin and his allies reject that.

Politicians from the Pakatan Harapan ruling coalition explore a possible alliance with some members of the ousted former ruling party United Malays National Organisation (UMNO) and other groups, according to sources.

Anwar says some coalition colleagues are trying to bring down the government and form a new one to deny him the premiership that he was assured he would get.

Former Prime Minister Mahathir Mohamad was angry that he was pressured by pro-Anwar ministers days earlier to set a clear handover timeline, sources have said.

Mahathir resigns. According to political sources, he was upset by accusations that he was willing to work with alleged corrupt politicians he defeated in the last general election.

The king re-appoints him as interim leader until a successor is named.

The palace says the king, Sultan Abdullah Sultan Ahmad Shah, will meet lawmakers before deciding on the next step.

Mahathir apologises for the political turmoil, says he would return as premier if backed by parliament to form a unity government not aligned with any political party.

Anwar opposes what he calls a "backdoor government". Three parties from Pakatan Harapan nominate him as their prime ministerial candidate.

After meeting all lawmakers, the palace says the monarch is not confident that any parliamentarian has majority support to form a new government.

Mahathir's Bersatu party nominates Muhyiddin as a prime ministerial candidate. UMNO and Islamist party PAS vow to back him.

Mahathir says he will stand for the premiership on behalf of the former ruling coalition, Pakatan Harapan. Mahathir and Anwar are allies again.

The king names Muhyiddin as Malaysia's next prime minister, assessing that he may have majority support in parliament.

Mahathir promises to challenge Muhyiddin's house support and says the king would no longer see him.

Muhyiddin is sworn in as Malaysia's 8th prime minister.

The speaker delays the confidence vote, after the government prioritises fighting the coronavirus outbreak and sets just one order of parliamentary business for a single-day sitting.

Muhyiddin wins narrow backing from lawmakers - just two votes - for his bid to replace the lower house speaker. The vote was widely seen as a gauge of Muhyiddin's legislative support and political strength.

Anwar announces he has secured a majority of about two thirds of the 222 lawmakers to form a new government, and is seeking an audience with the king for assent to take over from Muhyiddin.

Members of Muhyiddin's coalition say they back the premier. Muhyiddin says he is the rightful prime minister until proven otherwise.