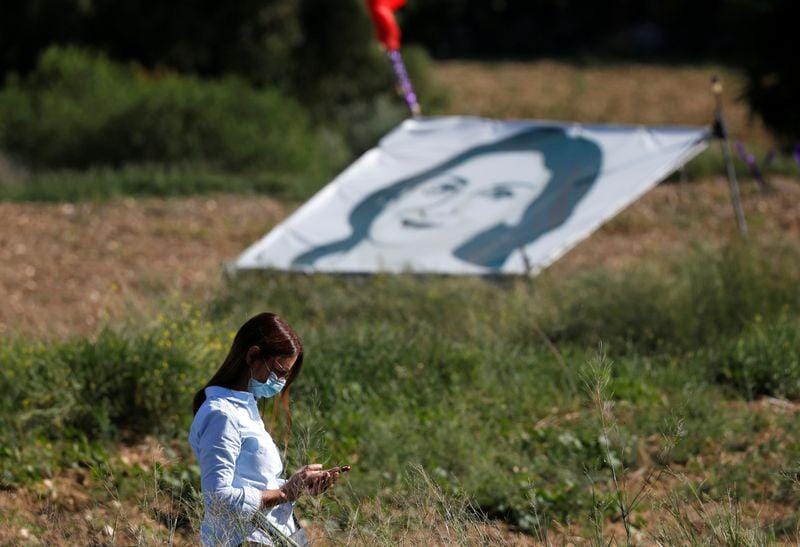 Their arrest came as a man accused of carrying out the killing agreed to a plea deal, accepting his responsibility for the assassination in return for a reduced, 15-year jail term instead of possible life behind bars.

A legal source said Vince Muscat had provided police with vital information about the case, which has shone a spotlight on corruption in the European Union's smallest country.

Muscat and two other men were arrested in December 2017 and accused of having planned and executed the murder. Muscat's alleged accomplices continue to plea not-guilty.

The three men seized on Tuesday were named as Jamie Vella and brothers Adrian and Robert Agius. They and their lawyers were not immediately available for comment.

A legal source said the three men were suspected of having provided the bomb and the SMS code needed to trigger it.

Caruana Galizia was killed by a car bomb in October 2017. Police say the device was detonated remotely by Muscat and his friends as they watched her drive away from her house.

Multimillionaire businessman Yorgen Fenech, who had high-level political connections, is suspected of having masterminded the crime and has been accused of being an accomplice to murder. He has denied wrongdoing.

The self-confessed middleman in the plot, Melvin Theuma, turned state evidence in 2019 in return for a pardon.

Muscat's request for a similar deal was denied last month. Instead, he accepted the plea deal, offering information about the Caruana Galizia case and about the unresolved 2015 murder of a local lawyer, which was not believed to be connected.

Muscat is not related to Joseph Muscat, the former prime minister who was in office when Caruana Galizia was killed and resigned in December 2019 to "shoulder political responsibility". Fenech was close friends with the former premier's chief of staff Keith Schembri, who has denied any wrongdoing and any knowledge of the murder or its perpetrators.