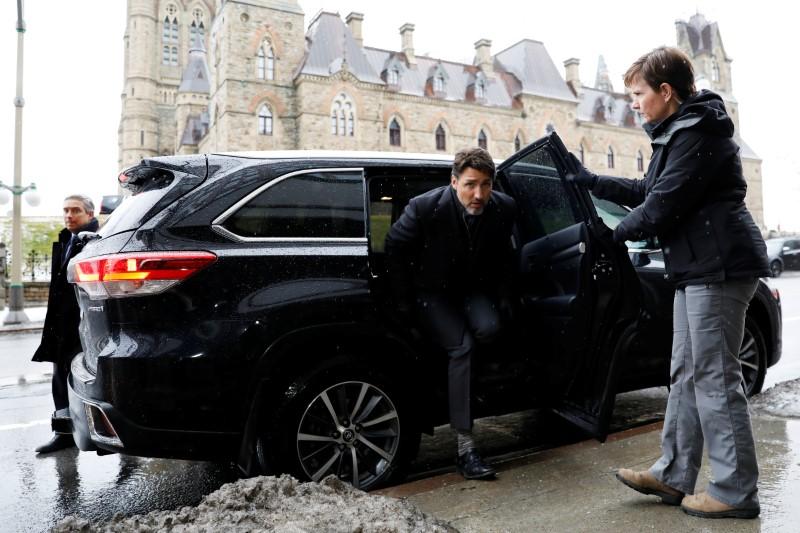 By Rod Nickel and Chris Helgren

EDMONTON, Alberta/TORONTO (Reuters) - About 2,000 people packed a memorial in Toronto on Sunday to remember the victims of a Ukrainian airliner shot down in Iran in a disaster that killed 57 Canadians, mainly of Iranian descent.

Thousands more are expected at a memorial in Edmonton, Alberta late Sunday afternoon, including Canadian Prime Minister Justin Trudeau, who will speak there.

Iran acknowledged on Saturday that its military shot down the plane on Wednesday, killing all 176 aboard, in what the country's president called a "disastrous mistake," with air defenses firing in error while on alert after Iranian missile strikes on U.S. targets in Iraq.

In Toronto, mourners packed into a university hall voicing grief and rage.

“Everybody is angry, everybody is upset. I haven’t seen Iranian people like this since 1979, the revolution,” said Mehrdad Ariannejad, CEO of Tirgan, a non-profit organization that organized the memorial.

“There is no justice in this world,” said Masoud Niknam, whose brother Farhad Niknam, a dentist and married father of two children from Toronto, was killed in the crash.

“I don’t believe in anything anymore. We will have a hole in our hearts forever and that cannot be filled with anything.”

Trudeau's office confirmed on Saturday that the prime minister will address the Edmonton memorial service in a basketball gym that seats 1,700 people. Thirteen of the victims lived in Edmonton.

"Canada and the world still have many questions, questions that must be answered," Trudeau said in a news conference in Ottawa on Saturday.

The memorials follow several days of grief in Canada, including candlelight vigils in many cities.

"The community is unbelievable. The people feel whole Canada is hugging them," said Reza Akbari, president of the Iranian Heritage Society of Edmonton.

"They were both so kind and caring," wrote Dennis Ramsawak, who took classes with both professors, in an online memorial. "I'm so heartbroken. It's a great loss for the community."

Edmonton's Iranian community is collecting funds to pay funeral and other expenses for the victims' families.

Some Edmonton relatives have already traveled to Iran to bury relatives, Akbari said, adding that transporting remains to Canada for burial would be complex and costly.

(Reporting by Rod Nickel in Edmonton, Alberta and Chris Helgren in Toronto; Editing by Will Dunham and Lisa Shumaker)