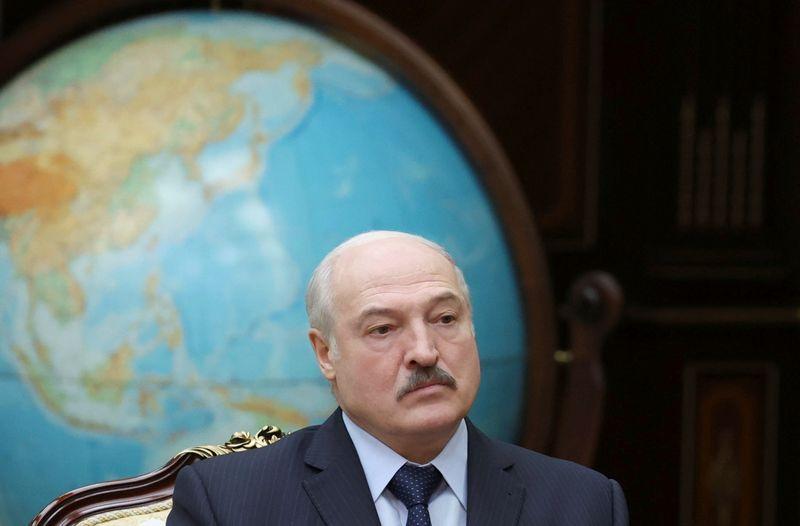 Belarus, a country of 9.5 million that Russia sees as a security buffer against NATO, has been rocked by mass protests since an Aug. 9 presidential election which Lukashenko said he won. His opponents claim the vote was rigged and want him to quit.

Most protesters marched in remote residential areas of the capital, clapping hands, shouting "long live Belarus" and waving white flags with a red stripe in the middle, a symbol of the opposition.

"This (protest) does work as it is impossible to rule the country when the majority does not accept you. With protests we are showing that we are the majority," said one of the protesters Alisa, 21.

Lukashenko, who has been in power for 26 years, has shrugged off the scale of protests, saying they are sponsored by the West, and shown little signs of willingness to start a dialogue with the opposition.

Military vehicles and water cannon were seen on Minsk streets on Sunday, while uniformed men, many in helmets, grabbed people in civilian clothes, a witness aid and videos posted on social media showed.

Russia's backing is seen as vital for Lukashenko's chances of staying in power and its statements are closely scrutinised for changes in tone or any sign that Moscow could be pushing for some kind of managed power transition.