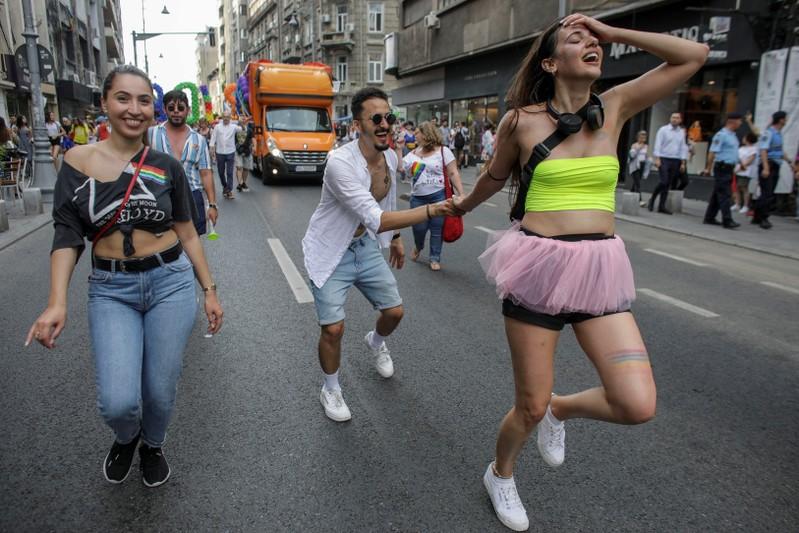 Socially conservative Romania, which decriminalised homosexuality in 2001, decades after its neighbours, bars marriage and civil partnerships for same sex couples.

Smaller pride marches were held in other cities this year.

Last year, a civil society group secured signatures for a vote aimed at preventing gay couples from winning the right to marry in the future. The referendum was backed by the Orthodox Church and all parliamentary parties but one.

Romanians boycotted the vote, with dozens of human rights groups warning a successful referendum would have emboldened further attempts to chip away at the rights of minority groups and push Romania onto a populist track.

Immediately after the failed referendum, the ruling Social Democrats said they would introduce legislation to legalise civil unions for same-sex couples, but there has been little progress in parliament.

Romania ranks near the bottom of EU states based on legislation, hate speech and discrimination against LGBT people, according to an annual study by ILGA-Europe, an umbrella organisation advocating equality.

As in previous years, there was a counter-march in Bucharest in support of traditional family values, but the event was poorly attended.