NAIROBI (Reuters) - Ethiopian refugees were flowing into Sudan on Wednesday as Prime Minister Abiy Ahmed's federal troops battled well-armed local forces in Tigray and protests against the northern region's leaders were planned around the vast nation. 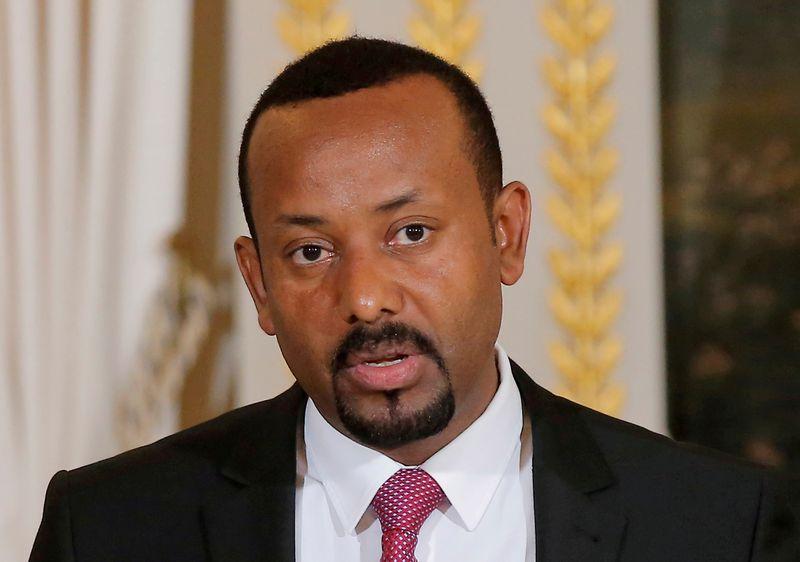 NAIROBI (Reuters) - Ethiopian refugees were flowing into Sudan on Wednesday as Prime Minister Abiy Ahmed's federal troops battled well-armed local forces in Tigray and protests against the northern region's leaders were planned around the vast nation.

With outsiders barred and communications down, it was unclear how Abiy's week-long offensive against regional rulers the Tigray People's Liberation Front (TPLF) was progressing.

But security sources and state media have spoken of hundreds of deaths in the mountainous state https://graphics.reuters.com/ETHIOPIA-CONFLICT/yzdvxkyewpx/ethiopia-tigray-conflict.jpg of more than 5 million people, where federal warplanes have been pounding arms depots as soldiers fight on the ground.

Both sides have claimed successes, including federal troops taking an airport and Tigrayans alleging they downed a jet, but verification has not been possible. The government has confirmed, however, that the TPLF is controlling a compound of the powerful Northern Command military in Tigray's capital Mekelle.

Given deep antipathy between the Tigrayans and Abiy, who comes from the largest Oromo ethnic group, and ethnic frictions elsewhere around Ethiopia, there are fears of civil war and knock-ons around the Horn of Africa region.

Ethiopia reached a peace agreement with neighbouring Eritrea two years ago, for which Abiy won the 2019 Nobel Peace Prize, but both governments have long-held grudges against the TPLF.

United Nations sources told Reuters the Tigray conflict had already sent 6,000-7,000 people fleeing across the border into Sudan, with Khartoum fearing that number could balloon.

"The number is increasing around the clock," said Alsir Khaled, an official from the Sudanese refugee commission.

Abiy, who at 44 is Africa's youngest leader, launched operations in Tigray last week after accusing the local government there of attacking a military base.

The United Nations, African Union and others want a ceasefire, but diplomats believe Abiy is intent on crushing the Tigrayan leaders. "We won't rest till this junta is brought to justice," he tweeted late on Tuesday.

A former soldier who once fought alongside Tigrayans against Eritrea, Abiy took office in 2018 after a Tigrayan-led government had dominated politics since rebels from their region spearheaded the toppling of Marxist military rule in 1991.

But his efforts to open up a repressive political climate also uncorked ethnic clashes, with hundreds killed and hundreds of thousands forced from homes in the last two years.

The leaders of Oromiya, the largest of Ethiopia's nine ethnic-based regions with around 35 million people, and of Amhara, planned anti-TPLF protests for Thursday in what appeared to be a government campaign to whip up support.

The rallies would protest about "atrocities" and "treason" by the TPLF, said Gizachew Muluneh, spokesman for the Amhara regional government which backs Abiy.

There was no immediate comment from the Tigrayan leadership.

In Ethiopia's capital Addis Ababa, where there have been a series of blasts in recent years, an explosion under a bridge blew off a man's leg, but there was no indication it was related to the Tigray fighting.

The state-appointed human rights commission said that six Ethiopian journalists had been arrested. The international Committee to Protect Journalists warned of "a dangerous reversal" of Abiy's past steps to improve press freedom.

Spokesmen for the federal police and Attorney General's office, where the prime minister's spokeswoman referred Reuters for comments, did not respond to calls and messages.

Quelling Tigray may be tough for Abiy, experts say.

The TPLF is a battle-hardened movement, having been at the forefront of the 1998-2000 war with Eritrea and the defeat of Mengistu Haile Mariam in 1991. Their forces and militia are well-equipped and number up to 250,000.

Though there was little detail from the ground, the fighting will be worsening the humanitarian situation in Tigray, where there were already 100,000 internally displaced people and 600,000 dependent on food aid.