By Tracey Nearmy MENINDEE, Australia (Reuters) - Reduced to a string of stagnant mustard-coloured pools, fouled in places with pesticide runoff and stinking with the rotting carcasses of cattle and fish, the Darling River is running dry. The parched earth of Australia's longest waterway, if tributaries are included, is in the grip of the continent's most severe drought in a century 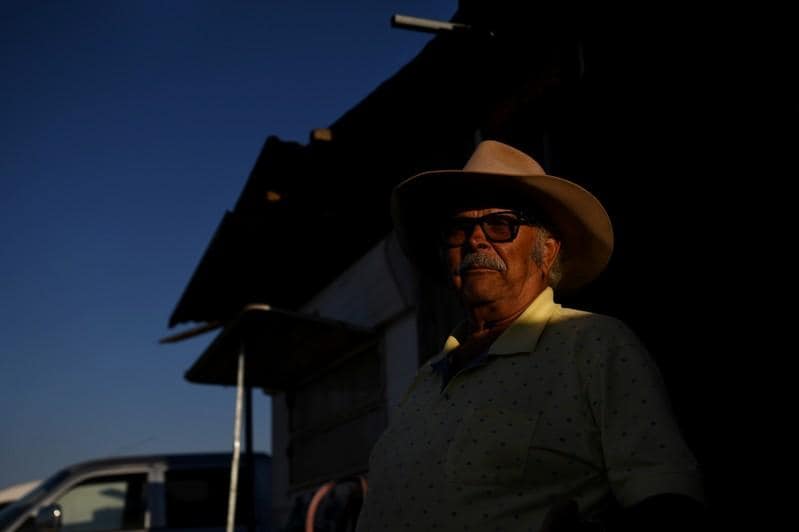 MENINDEE, Australia (Reuters) - Reduced to a string of stagnant mustard-coloured pools, fouled in places with pesticide runoff and stinking with the rotting carcasses of cattle and fish, the Darling River is running dry.

The parched earth of Australia's longest waterway, if tributaries are included, is in the grip of the continent's most severe drought in a century.

(Click https://reut.rs/2MDy9Fg to see a picture package of the Darling River.)

At Menindee, 830 km west of Sydney, despair has turned to anger as residents blame the government for exacerbating the drought by drawing down river water in 2017 for irrigation and other uses downstream.

Locals now avoid using tap water for drinking and washing babies and children, saying it has caused skin irritation, and prefer boxed and bottled water instead.

"That was our food source, the river, our water source. That was our livelihood," said Aboriginal elder Patricia Doyle, in her backyard piled with flotsam discovered in the now-exposed riverbed.

"When you live on a river and you have to have water brought into your town to drink and survive on, what's that saying? It's saying that our system ... isn't looked after properly."

The past two years have been the driest in the catchment area of the Darling, which flows 2,844 km (1,767 miles) over the outback to the sea, and adjoining Murray river since records began in 1900.

Drought is weighing on economic growth, and the dire conditions have prompted Australia, a major wheat exporter, to import the grain for the first time in 12 years.

Last summer was the hottest on record, and in Menindee, where temperatures regularly top 38 Celsius (100 Fahrenheit), another scorching season is expected.

The government has set up a panel to evaluate water management and ordered its anti-trust watchdog to investigate trading in irrigation rights.

'THE RIVER SHOULD BE FLOWING'

The river is at the heart of stories about the origins of the clan and its cultural life, particularly evident in Menindee where a third of 550 residents are indigenous, compared with a national average of less than 3%.

Lined with river red gums, the Darling also waters some of Australia's richest grazing land, and until the construction of railways in the early 20th century, was the main route used to take wool and other goods to market.

All aspects of society are now suffering. "The river country itself, it doesn't provide as much as what it used to," says Kyle Philip, a Barkindji hunter and goat musterer.

Parents have forbidden children from swimming in the murky water that remains. Fish caught in holes still deep enough to hold water are inedible.

"We could taste the mud in the meat of the perch," said Philip. "We couldn't really eat them."

Recently, Aboriginal communities held special festivals along the river "to heal the Barka". Ochre-painted dancers performed around fires at dusk, revering the river but also seeking to draw attention to its plight.

"We're going to start dancing and singing the land," organizer Bruce Shillingsworth said. "Singing the rivers, singing our environment back again to make it healthy."

And in the Anglican church at Menindee, there are prayers. "The river should be flowing," said Reverend Helen Ferguson.

"When that river flows, the people are just abuzz and the whole town just comes to life. But that hasn't happened for some time now and my prayer is that people don't get worn down through that."