LONDON (Reuters) - The British government plans to introduce a 14-day quarantine period for almost everyone entering the country from June 8. Below are details of the scheme: WHO DOES IT APPLY TO? Everyone arriving in the UK will be required to self-isolate for 14 days except those on a list of 'limited exemptions', which the government said it would publish later. 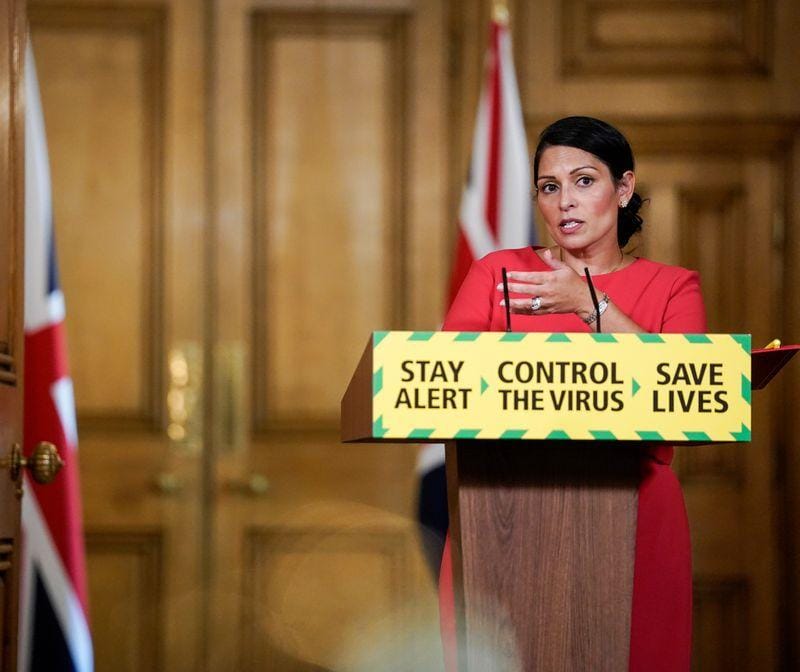 LONDON (Reuters) - The British government plans to introduce a 14-day quarantine period for almost everyone entering the country from June 8.

Below are details of the scheme:

WHO DOES IT APPLY TO?

Everyone arriving in the UK will be required to self-isolate for 14 days except those on a list of "limited exemptions", which the government said it would publish later.

Those exempt will include:

- anyone moving from within the Common Travel Area, which covers Ireland, the Channel Islands and the Isle of Man

The government said it would also continue to look at the option of things such as air bridges - agreements between countries who both have low transmission rates to remove the need for quarantine measures.

WHAT WILL PASSENGERS HAVE TO DO?

All arriving passengers will have to fill in an online contact form providing details and travel information so they can be contacted if they, or someone they may have been in contact with, develops the disease.

This will include giving details of their self-isolation accommodation and if it does not meet the necessary requirements, they will be required to self-isolate in facilities arranged by the government, at the passenger's expense.

The government said people should use personal transport, such as a car, to travel to their accommodation where possible.

Once there, they should not go to work, school, or public areas, or use public transport or taxis. They should not have visitors, including friends and family, unless they are providing essential support.

They should also not go out to buy food or other essentials where they can rely on others.

WHAT PENALTIES WILL BE IN PLACE?

The new regime will be in place across the United Kingdom, although enforcement measures will be set individually by each of the devolved nations.

In England, a breach of the self-isolation rules would be punishable with a 1,000 pound fine or potential prosecution and unlimited fine. The level of fine could increase if the risk of infection from abroad increases.

Border Force may refuse entry to any non-British citizen who refuses to comply with these regulations and is not resident in the UK.

Failure to complete the contact form is punishable by a 100 pound fine. The government said public health authorities would conduct random checks in England to ensure compliance and removal from the country would be considered as a last resort for foreign nationals who refuse to follow the rules.

HOW LONG WILL THE SCHEME LAST?

The rules will come into force on June 8 and will be reviewed every three weeks.

The government said that as the rate of infection in the United Kingdom falls and the number of travellers arriving in the country begins to increase, imported cases could become a higher proportion of the overall number of infections in the UK and risk a second wave of the virus.