(Reuters) - Democratic President-elect Joe Biden has promised to build an administration that reflects the diversity of the country, and is expected to announce his choices for some key White House posts in the next few weeks. Biden named several new members to his senior team on Tuesday. Here are some recent key picks and top contenders for prominent positions, according to Reuters reporting. 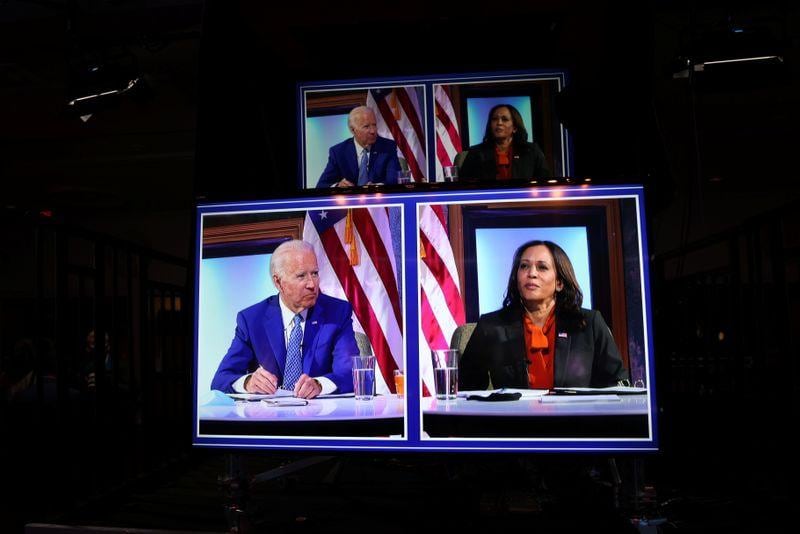 (Reuters) - Democratic President-elect Joe Biden has promised to build an administration that reflects the diversity of the country, and is expected to announce his choices for some key White House posts in the next few weeks.

Biden named several new members to his senior team on Tuesday. Here are some recent key picks and top contenders for prominent positions, according to Reuters reporting.

Jen O'Malley Dillon - Brought in early this year as Biden's campaign manager, she is the first woman to lead a winning Democratic presidential bid, and will be named a deputy chief of staff.

Cedric Richmond - The U.S. congressman, who was a national co-chair of Biden's campaign and former chair of the Congressional Black Caucus, joins as Director of the White House Office of Public Engagement. Richmond's move will leave his Louisiana congressional seat open, a consideration as Democrats' majority in the House shrank in the Nov. 3 election.

Ron Klain - A longtime Biden adviser with experience in responding to the Ebola pandemic, Klain was picked for the chief of staff role that sets the president's agenda.

Chris Coons - The Democratic U.S. senator from Delaware, Biden's home state, is a close Biden friend and adviser who is a prominent member of the Senate Foreign Relations Committee and would presumably have an easy path to confirmation from his Senate colleagues.

Susan Rice - The former national security adviser, U.S. ambassador to the United Nations and assistant secretary of state was on Biden's short list as a possible running mate. Her deep experience makes her a logical choice, but she could face Republican opposition over her involvement in the controversy over the deadly 2012 attack on the U.S. mission in Benghazi, Libya.

William Burns - The longtime career foreign service officer is a former deputy secretary of state, ambassador to Russia and lead negotiator in the secret talks that eventually paved the way to the 2015 Iran nuclear deal. He is now president of the Carnegie Endowment for International Peace.

Lael Brainard - She is a member of the Federal Reserve Board of Governors and a former undersecretary for international affairs during the 2009 global financial crisis. She has voted against regulatory rollbacks on banks but could face criticism from liberals who want a less moderate choice.

Sarah Bloom Raskin - She formerly served as a Fed governor and deputy Treasury secretary, the only woman so far to hold the second-in-command role at the agency. A lawyer and former state financial regulator in Maryland, she has worked in finance, and currently serves as a director with Vanguard, the investment giant with $6 trillion in assets under management.

Janet Yellen - The former Fed chair deepened the central bank's focus on workers and inequality and has remained active in policy debates at the Brookings Institution think tank after Republican President Donald Trump replaced her as head of the central bank in 2018.

Michele Flournoy - She is the consensus front-runner for the job, which would make her the first woman to lead the Pentagon. She served as a top Defense Department official in the Bill Clinton and Barack Obama administrations, advised Biden's campaign on defense issues and co-founded a consulting firm with Antony Blinken, one of Biden's top advisers.

Tammy Duckworth - The U.S. senator from Illinois, who was considered as a possible Biden running mate, lost both her legs when her helicopter came under fire while she was an Army officer in Iraq in 2004. She was an assistant secretary of veterans affairs under Obama and would be the first Thai-American Cabinet member.

Sally Yates - A former deputy attorney general, she was briefly the acting attorney general early in Trump's term before being fired for insubordination for refusing to defend travel restrictions targeting seven Muslim-majority nations.

Doug Jones - A former federal prosecutor with a strong civil rights record, Jones won a U.S. Senate seat in a 2017 special election in deeply conservative Alabama. He was defeated this year by Republican Tommy Tuberville, a former college football coach.

Elizabeth Sherwood-Randall - A former adviser to Biden when he was in the U.S. Senate, she served in the Obama administration as deputy secretary of energy, where she led an initiative to address cyber and physical challenges to the power grid. She is now a professor at the Georgia Institute of Technology.

Arun Majumdar - He was the first director of the U.S. Department of Energy's agency that promotes and funds research and development of advanced energy technologies, and also served as acting undersecretary of energy from March 2011 to June 2012. He also worked at Alphabet Inc's Google as vice president for energy before joining Stanford University's faculty.

Jay Inslee - He focused on climate change during his failed presidential bid in 2019, but was re-elected to a third term as governor of Washington this year. He has been pushed for consideration in the Cabinet by environmental activists given his efforts to pass a carbon tax and clean-fuels standard.

Heather McTeer Toney - A former regional administrator of the EPA under Obama, the clean-air activist is national field director for Moms Clean Air Force. A favorite of progressives, she has advocated and trained diverse officials on leadership and climate in over 15 countries including Kenya, France, Portugal, Nigeria and Senegal.

Mary Nichols - The former assistant administrator for the EPA during Clinton's administration is chairwoman of California's Air Resources Board, which regulates air pollution in the state.

Michael Morell - He was the CIA's deputy director and acting director of the agency twice under Obama. He is now the chairman of the geopolitical risk practice at Beacon Global Strategies, a Washington consulting firm.

Avril Haines - She was the deputy national security adviser under Obama, and previously was the first woman to serve as CIA deputy director. She held several posts at Columbia University after leaving the Obama administration in 2017.

Vivek Murthy - A physician and former surgeon general, Murphy has gained prominence in recent months as co-chairman of Biden's advisory board on dealing with the coronavirus pandemic, which the president-elect has pledged to make his top priority on taking office.

Mandy Cohen - A physician who serves as the secretary of North Carolina's Health and Human Services Department, where she has been a major advocate for expanding Medicaid, the government health insurance program for low-income Americans. She served as the chief operating officer at the Centers for Medicare and Medicaid Services in the Obama administration.

David Kessler - The former commissioner of the Food and Drug Administration has been a co-chair of Biden's advisory board on the coronavirus pandemic. As head of the FDA, he cut the time needed to approve drugs to treat AIDS and moved to try to regulate the tobacco industry.

Alejandro Mayorkas - A Cuban-American lawyer, he would be the first Latino to head the department. As head of Citizenship and Immigration Services under Obama, he led implementation of the Deferred Action for Childhood Arrivals program (DACA) for so-called Dreamers, who were brought to the United States illegally as children. DACA drew Republican criticism and could lead to Republican opposition in the Senate if he is nominated.

Xavier Becerra - The former congressman succeeded Vice President-elect Kamala Harris as California attorney general, where he has won praise at times from progressives, and also could be considered to replace her in the U.S. Senate.

Lisa Monaco - The former Biden aide on the Senate Judiciary Committee, where she worked on the Violence Against Women Act, was also a top adviser on homeland security to Obama. She served as an assistant attorney general for national security, and chief of staff to former FBI Director Robert Mueller.

Wendy Sherman - She helped lead the nuclear negotiations with Iran while serving as the State Department's undersecretary for political affairs under Obama.

Pete Buttigieg - The former mayor of South Bend, Indiana, and Afghanistan war veteran fell short in his presidential bid this year but became one of Biden's top advocates in the campaign against Trump, putting him in line for a top job in the administration.