The 800-metre race that is now a marathon

South African athlete Caster Semenya is now the subject of regulations that entrench gender norms in sport. But she is not done fighting

Who is a woman in sport? Does she have to wear short skirts while playing football, as former FIFA president Sepp Blatter once suggested? Must she twirl, like tennis star Eugenie Bouchard was once asked? Or is she expected to twerk, like the Ballon D’Or winner Ada Hegerberg?

Or can she just be Caster Semenya?

Women in sport are constantly expected to conform to normative femininity. This is a familiar subject, but it becomes even more edgy when the woman in question stands against other norms as well – of race, of sexual orientation. South African runner Caster Semenya is a red flag on all those counts. And it does not please those who heavily invest themselves in calcified traditions.

But change she will have to unless she wins her appeal to the Court of Arbitration for Sport (CAS) after it ruled last month in support of the International Association of Athletics Federations (IAAF). The IAAF’s regulations demand that female runners, in events ranging from 400m to a mile, with elevated testosterone levels must take hormone-suppressing medication for a continuous six months and bring their levels to below the prescribed threshold of 5 nanomoles per litre.

These regulations have attracted much criticism for a variety of reasons. They range from flawed scientific basis to racial prejudice—intersex athletes or those with differences of sex development (DSD) are a non-white majority, including India’s Dutee Chand—and to the long-running history of policing women’s bodies. The much-maligned ‘sex verification’ test can be dated back to the 1930s, till it was officially discontinued in 1999 — but the practice is not unfamiliar still. As late as 2014, Dutee Chand had to undergo a sex test which she ‘failed’ and was subsequently not allowed to participate in that year’s Glasgow Commonwealth Games by the Athletics Federation of India (AFI).

Semenya herself is aware how invasive a sex verification test can be. At the 2009 IAAF World Championships in Berlin, the then 18-year-old stunned everyone by winning her 800m race by more than two seconds over her nearest competitor. Her meteoric rise from relative obscurity aroused suspicion in a sport ravaged by doping. But the IAAF had other questions. Athletics South Africa (ASA) had been asked by the world body to administer a ‘gender verification test’ even before the 800m final. Her impending success was a cause for concern for the powers that be.

Semenya went on to calmly proclaim herself as one of the world’s premier athletes, but she could not race for about a year thereafter as the IAAF took its time in clearing her to participate. Ever since, the two-time Olympic champion’s success has attracted detractors who worry about the integrity of women’s athletics. Semenya’s sustained dominance makes them worry for other women who cannot keep up with her. One-sided contests are detrimental to sport as a spectacle.

But the critics of Semenya’s success have often ventured into transphobia and vitriol. Their frustrated voices have coalesced into insults like “She’s a man”, as her Italian competitor Elisa Cusma impugned after finishing a distant sixth in that famed race at the 2009 Berlin World Championships. However, there are dissenting voices too, with some athletes choosing to stand by Semenya.

As another competitor in the same 800m race a decade ago, Madeleine Pape, wrote in The Guardian recently, she had encountered “an astounding lack of information, an absence of alternative viewpoints, a fear of the unknown, (and) weak leadership from national and international governing bodies” on the matter.

Indian athletes Dutee Chand and Santhi Soundarajan, both victims of IAAF’s limiting notion of gender, have also publicly supported Semenya. After the CAS ruling, Santhi told The News Minute, “At a time when we are trying to move towards acceptance of gender fluidity, this ruling once again tries to narrow down what it means to be a woman.” As bioethicist Katrina Karkazis’ work shows, the importance of testosterone as a ‘male hormone’ is grossly exaggerated for reasons that go beyond just the scientific.

It is the question of fairness that figures predominantly in the conversations around Semenya. Her elevated levels of testosterone are supposed to grant her an ‘unfair edge’ although none of the scientific studies quoted by the IAAF has proved that claim unambiguously. Yet there are those who argue that if Semenya refuses further medication to reduce her testosterone levels, she should compete with men. However, her competitive advantage over other women is nowhere close to what a male athlete would have — with her times, Semenya would not have even qualified for the men’s 800m at the 2016 Rio Olympics.

Fairness, of course, is inherent to sport but little is said of Semenya’s own experiences with the unfair. Sport is expected to be free of partial interests and prejudices. Democratisation and equality of opportunity retain primacy in its discourse. While the CAS ruling contravenes the right of athletes like Semenya to participate unless they dope, the court nonetheless ruled it as ‘necessary discrimination’.

The notion of fair play itself is given a free pass but it deserves further examination. Fair play came to occupy an integral role in sport thanks to the English public school that sought to nurture Christian boys as muscular men who would swear their allegiance to restraint and sportsmanship. ‘Fair play’ was also employed in the early days of modern sport by rich patrons for discriminating against professionals whose engagement in manual labour was seen as a threat to those who brought ‘grace’ to the game. An excavation of sport’s origins leads us to the gendered, racial and class-specific contexts of what have come to be seen as neutral ideas.

Whether the 28-year-old born in a family of limited resources from the South African province of Limpopo has been dealt a fair hand is questionable. After Semenya won the 800m gold at the Rio de Janeiro Olympics, three white women from Canada, Poland, and Great Britain who finished outside the medal spots hugged each other in a show of solidarity while ignoring the South African champion who had extended her arms towards them as a mark of respect. It was a moment loaded with racial overtones, even before the sixth-placed Brit Lynsey Sharp lamented the lack of action from “the people at the top”.

Semenya’s obstacles did not find a place in Sharp’s argument. But South African commentator Sisonke Msimang was more conscious of the discrimination at play. Msimang wrote in The Guardian, “The irony of athletes from Great Britain, which spent £275 million on preparations for the Rio Games, raising fundamental questions about fairness in a race against an athlete from a country that spent less than £1.9 million has somehow been lost.”

As a child growing up in the village of Fairlie, Semenya was obsessed with football. She could play only on craggy, unkept fields but her love for the game was paramount. Her transition to running occurred only because she thought it would help her become a better footballer. An athlete was born on the dirt tracks of Limpopo.

Because of the way Semenya looked and the time she spent playing with boys as a kid, the suspicion that has dogged her professional career surfaced early. Semenya’s physical makeup continues to be a subject of intense conversation. Her body has become a site for invasive vocabulary from experts, journalists and fans. Semenya’s facial hair, her muscular frame, her gravelly voice are often cited as negations of her identity as a woman. These pseudo-scientific assertions may have found traction in the pre-World War II era, but gender fluidity has been an unambiguous fact for at least the past seven decades.

Semenya’s mental strength helps her overcome the doubts and speculation. People close to her claim that fortitude is the South African’s strongest suit. Even her detractors begrudgingly admire Semenya for enduring the wild rumours and accusations with an equanimity seldom seen. Semenya’s team often discuss how rare it is to see her angry. But one incident did set her off.

In early 2009, Semenya was crossing through Cape Town when she wanted to use the toilet at a petrol station. However, she was denied access to the women’s loo. Enraged at the humiliation, Semenya retorted, “Do you want me to pull down my pants so that you can see?” The station’s employees eventually backed down and apologised.

Semenya’s identification as a woman is her natural self. Even as athletics fights a losing battle against doping, the South African is in ‘pursuit of human excellence through the dedicated perfection of her natural talents’ as the World Anti-Doping Agency (WADA) code demands. Drugs that interfere with her bodily functions imperil Semenya’s well-being. In a statement following the CAS ruling, the World Medical Association (WMA) — which works in an official capacity with the WHO—issued a statement that said it had “strong reservations about the ethical validity of these (IAAF) regulations”. It advised its member doctors to not administer hormone-suppressing treatment to female athletes as they face risks that range from mood-swings to sterility.

Semenya’s story is not over. With the ASA on her side, and her popularity in South Africa soaring, an appeal is forthcoming. Although appeals to the CAS rarely result in previous rulings being overturned, Semenya’s legal team is hopeful that a different bench will be able to see through the flawed scientific basis on which the judgment rests.

In the meantime, Semenya does not intend to stop her preparations for the next race, whenever that will be. As she sees it, the IAAF cannot stop her from practicing. Of course, a failed appeal may bring her competitive career to a premature end. The world body is, perhaps, not comfortable with a black intersex woman dominating her field.

The participation of intersex, DSD, and transgender athletes is going to raise uncomfortable questions that have been avoided for a long time. Since sport continues to be rigid in its binary separation of the sexes, athletes like Semenya matter. They are the leaders for a gender fluid understanding of our world. The callous speculation over Semenya ignores a fundamental aspect — gender is socially constructed.

Semenya’s greatest victory lies in her refusal to concede ground on the question of her gender identity. This complex conversation has become mainstream thanks to the South African runner.

Women’s bodies have been policed for as long as sport has existed; Semenya refuses to be just another pawn. Her success serves as inspiration for those who question normative gender roles.

Semenya will keep running. She must. 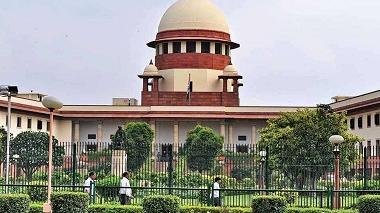