Thai king can return to Germany without visa, Berlin says

BERLIN (Reuters) - Thailand's King Maha Vajiralongkorn does not need a visa to re-enter Germany, where the monarch has spent much of his time since taking the throne in 2016, the Foreign Ministry said on Wednesday. 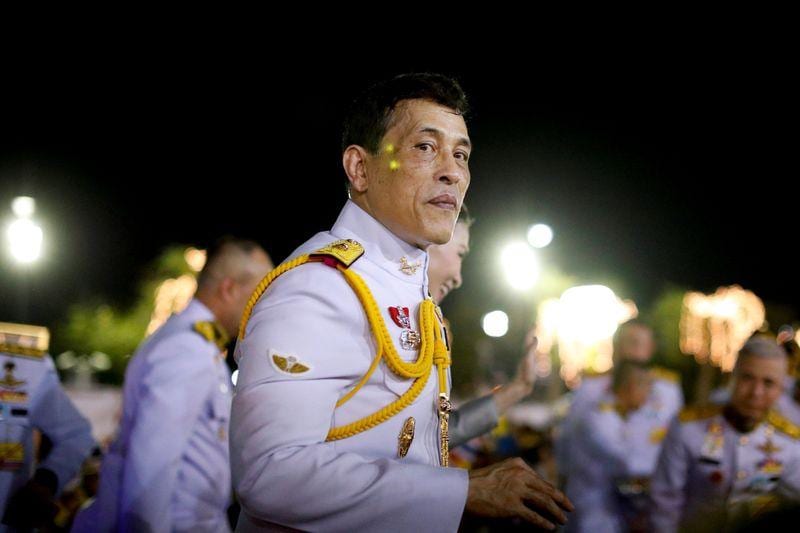 BERLIN (Reuters) - Thailand's King Maha Vajiralongkorn does not need a visa to re-enter Germany, where the monarch has spent much of his time since taking the throne in 2016, the Foreign Ministry said on Wednesday.

The king, 68, returned to Thailand in October amid mass student-led protests demanding curbs to new powers he has taken, plus the resignation of the ultra-royalist prime minister, who first seized power in a military coup.

It is unclear whether the king plans to return to Bavaria - where he spent much of 2020, drawing criticism as he and his entourage stayed in a hotel during the first coronavirus lockdown even though hotels were supposed to shut.

In an answer to a parliamentary question from the opposition Linke (Left) party, the foreign ministry said the king has not needed a visa to visit Germany since he became head of state.

Sevim Dagdelen, a member of parliament for the opposition Linke party, said if the king needed no visa then the German government could not influence how long he stayed, but as a last resort could declare him persona non grata (undesirable person).

In response, a Foreign Ministry source said on Wednesday: "Even if a foreign head of state does not need a visa to enter the country, Germany is free to tolerate the stay or not due to its territorial sovereignty."

The German government has said it would be unacceptable for the king to conduct politics from Germany and Foreign Minister Heiko Maas said in October it was monitoring his behaviour.

The source at the foreign ministry said it has no evidence that the king has conducted state business during his previous stays in Germany.

The Thai palace has a policy of not commenting to media and has never said anything about the king's time in Europe.

Thai protesters have complained about the cost of the king’s stays in Europe as well as his absence from the Southeast Asian kingdom.

In late October protesters marched to the German Embassy in Bangkok to present a letter asking Berlin to look into whether the king had conducted state business while on German soil.

The role of the monarchy in Thai politics has become a central issue for many protesters, who argue that accusations of disloyalty to the king have been used repeatedly to put down pro-democracy movements.