London: Terrorists and extremists are creating growing numbers of safe havens on the "darknet" to plot future attacks, raise funds and recruit new followers, according to new research published on Sunday. 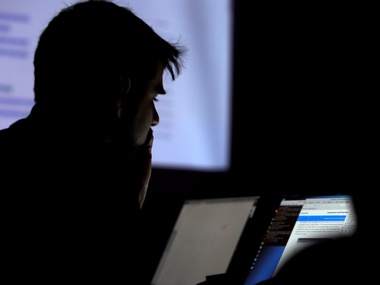 Researchers for the Henry Jackson Society, a foreign policy thinktank, have said that terrorist organisations and individuals are evading security services and intelligence agencies by "hiding in the shadows" of the darknet, using encrypted messaging services, to communicate and anonymous cryptocurrencies such as bitcoin to generate funds, reports the Guardian.

The groups have also been able to create a reservoir of extremist propaganda, saving it from deletion by the security services or tech companies.

The researchers said that the current encrypted communication app of choice is Telegram, which the Islamic State has encouraged members to use, with messages including explanations on how to access new darknet sites linked to the group.

In November 2017, an Al Qaeda-linked organisation called al-Sadaqah used a public channel on Telegram to campaign for bitcoin funding.

The report's author, Nikita Malik, said: "We have denied Islamic State territory in the real world, but it has a whole new safe haven in cyberspace which we need first to understand and then to close down."

Malik identified numerous sites on the darknet that explain how to make TATP — triacetone triperoxide — which can be made from household chemicals and was used in the jihadi attacks in Paris in November 2015, Brussels in March 2016, Manchester in May 2017 and London in September 2017, the Guardian reported.

A preliminary search by Malik in January on the darknet found 1,101 results for instructional material related to "security", including guides on drugs, fraud, hacking and firearms.

"The Anarchist Cookbook", which contains bomb-making instructions, was available for sale for 0.0003 bitcoin — around 1.45 pounds.