By Sofia Christensen DAKAR (Reuters) - When Moustapha Dieng came down with stomach pains one day last month he did the sensible thing and went to a doctor in his hometown of Ouagadougou, Burkina Faso's capital. 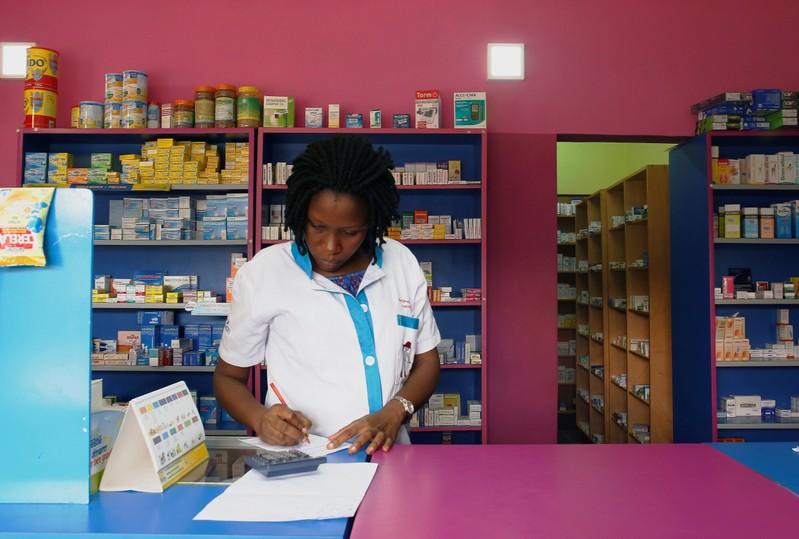 DAKAR (Reuters) - When Moustapha Dieng came down with stomach pains one day last month he did the sensible thing and went to a doctor in his hometown of Ouagadougou, Burkina Faso's capital.

The doctor prescribed a malaria treatment but the medicine cost too much for Dieng, a 30-year-old tailor, so he went to an unlicensed street vendor for pills on the cheap.

"It was too expensive at the pharmacy. I was forced to buy street drugs as they are less expensive," he said.

Within days he was hospitalized - sickened by the very drugs that were supposed to cure him.

Tens of thousands of people in Africa die each year because of fake and counterfeit medication, an E.U.-funded report released on Tuesday said. The drugs are mainly made in China but also in India, Paraguay, Pakistan and the United Kingdom.

Almost half the fake and low-quality medicines reported to the World Health Organization (WHO) between 2013 and 2017 were found to be in sub-Saharan Africa, said the report, also backed by Interpol and the Institute for Security Studies.

"Counterfeiters prey on poorer countries more than their richer counterparts, with up to 30 times greater penetration of fakes in the supply chain," said the report.

Substandard or fake anti-malarials cause the deaths of between 64,000 and 158,000 people per year in sub-Saharan Africa, the report said.

The counterfeit drug market is worth around $200 billion worldwide annually, WHO says, making it the most lucrative trade of illegally copied goods. Its impact has been devastating.

Nigeria said more than 80 children were killed in 2009 by a teething syrup tainted with a chemical normally used in engine coolant and blamed for causing kidney failure.

For Dieng, the cost can be measured in more than simple suffering. The night in hospital cost him more than double what he would have paid had he bought the drugs the doctor ordered.

"After taking those drugs, the provenance of which we don't know, he came back with new symptoms ... All this had aggravated his condition," said nurse Jules Raesse, who treated Dieng when he stayed at the clinic last month.

That has helped prompt Ivory Coast - where fake drugs were also sold openly - to crack down on the trade, estimated at $30 billion by Reuters last year.

Ivorian authorities said last month they had seized almost 400 tonnes of fake medicine over the past two years.

Able Ekissi, an inspector at the health ministry, told Reuters the seized goods, had they been sold to consumers, would have represented a loss to the legitimate pharmaceutical industry of more than $170 million.

"They are reputed to be cheaper, but at best they are ineffective and at worst toxic," Abderrahmane Chakibi, Managing Director of French pharmaceutical firm Sanofi's sub-Saharan Africa branch.

But in Ivory Coast, many cannot afford to shop in pharmacies, which often only stock expensive drugs imported from France, rather than cheaper generics from places like India.

"When you have no means you are forced to go out onto the street," said Barakissa Cherik, a pharmacist in Ivory Coast's lagoon-side commercial capital Abidjan.

(Additional reporting by Thiam Ndiaga in Ouagadougou and Loucoumane Coulibaly in Abidjan; Editing by Tim Cocks and Matthew Mpoke Bigg)