LONDON (Reuters) - British police said they charged a teenager on Friday over the defacing of the statue of wartime Prime Minister Winston Churchill opposite parliament, the second time in four months it has been sprayed with graffiti declaring him a racist. 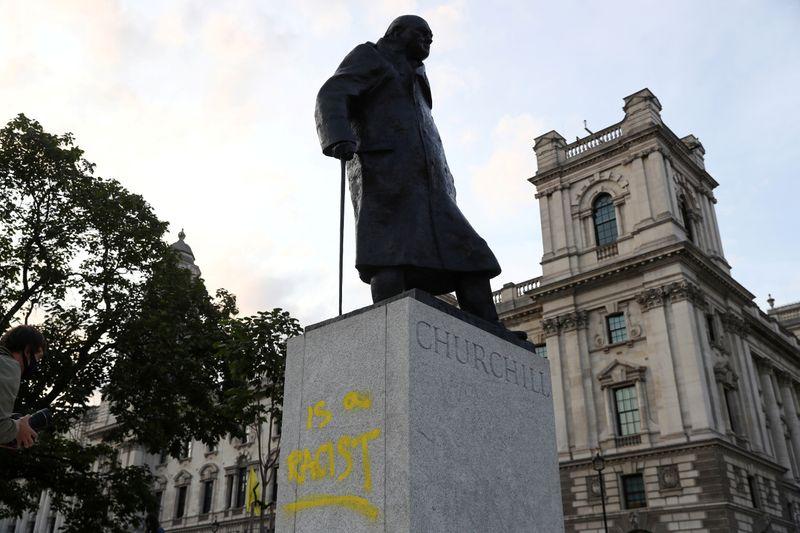 LONDON (Reuters) - British police said they charged a teenager on Friday over the defacing of the statue of wartime Prime Minister Winston Churchill opposite parliament, the second time in four months it has been sprayed with graffiti declaring him a racist.

Benjamin Clark, 18, has been charged with criminal damage and will appear at Westminster Magistrates' Court on Oct. 9.

The plinth of the statue bearing Churchill's name was sprayed in yellow paint with the words "is a racist" during a climate protest on Thursday.

In June, the statue was defaced during a fractious end to a mostly peaceful protest over the death of African-American George Floyd in Minneapolis, prompting authorities to board it up for a period.

Floyd's death in police custody in May sparked protests about racial inequality across the United States and Europe and reignited a debate in Britain about monuments to those involved in the country's imperialist past.

Prime Minister Boris Johnson said at the time it was “absurd and deplorable” that Churchill's statue should have been in danger and he would resist any attempt to have it removed.