KHARTOUM (Reuters) - Talks between Sudan's ruling Transitional Military Council and an alliance of protesters and opposition groups failed for the second day in a row to produce a breakthrough on the country's political transition, the council said early on Tuesday. 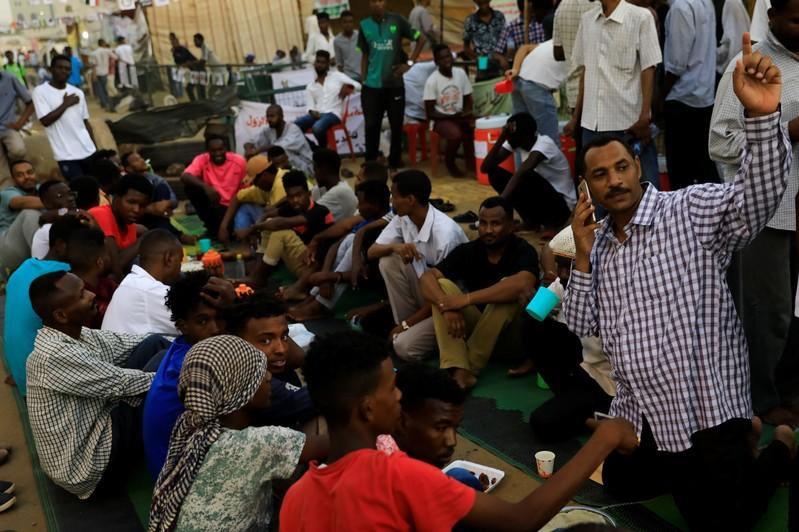 KHARTOUM (Reuters) - Talks between Sudan's ruling Transitional Military Council and an alliance of protesters and opposition groups failed for the second day in a row to produce a breakthrough on the country's political transition, the council said early on Tuesday.

Street protests and a sit-in outside the defence ministry compound in Khartoum have not ended even after the army ousted and arrested former President Omar al-Bashir on April 11.

Demonstrators are calling for a rapid transition to civilian rule, and demanding justice over the deaths of dozens of people since protests triggered by an economic crisis and decades of repressive rule spread across Sudan starting Dec. 19.

The TMC and the Declaration of Freedom and Change Forces (DFCF), an umbrella body of protesters and opposition groups, have agreed on a three-year transition before elections, but have been deadlocked over whether civilians or the military would control a sovereign council that would hold ultimate power.

That remained the main point of contention during talks that started Monday evening and ended early on Tuesday without a resolution, the TMC said in a statement.

"Aware of our historical responsibility, we will work toward reaching an urgent agreement ... that meets the aspirations of the Sudanese people and the goals of the glorious December revolution," the TMC added, without giving a date for when talks would resume.

Both sides had signalled they were close to an agreement over a three-year transition. An agreement was also expected to come out of talks that started on Sunday, but no deal was made after more than six hours of negotiations at the presidential palace in Khartoum.

The Sudanese Professionals Association (SPA), which spearheaded protests against Bashir and heads the DFCF, has accused the TMC of dragging its feet in the talks and has sought to increase pressure on the council by expanding protests.

It also held the TMC responsible for street violence over the past week.

The council accused protesters of not respecting an understanding on de-escalation while talks were under way.