By Abdul Qadir Sediqi and Jibran Ahmad KABUL/PESHAWAR, Pakistan (Reuters) - A co-founder of the Taliban was appointed as the leader of its political office in Qatar on Thursday to strengthen its hand in peace talks with the United States as they try to establish a mechanism to end the 17-year Afghan war. Mullah Abdul Ghani Baradar was released from a prison in Pakistan in October last year has been authorised to lead the political team and take decisions, two Taliban sources in Afghanistan said 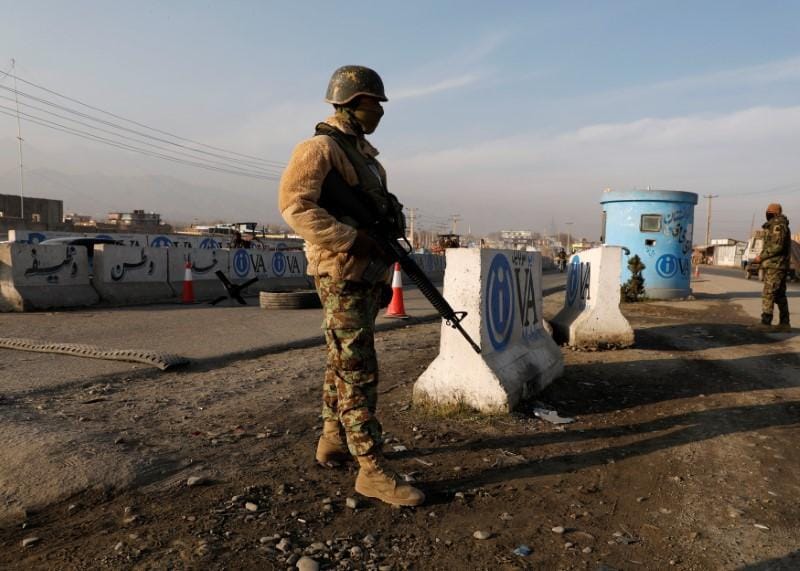 KABUL/PESHAWAR, Pakistan (Reuters) - A co-founder of the Taliban was appointed as the leader of its political office in Qatar on Thursday to strengthen its hand in peace talks with the United States as they try to establish a mechanism to end the 17-year Afghan war.

Mullah Abdul Ghani Baradar was released from a prison in Pakistan in October last year has been authorised to lead the political team and take decisions, two Taliban sources in Afghanistan said.

The Taliban issued a statement to announce Baradar's appointment and a reshuffle in their team to put senior leaders into key positions as the talks with U.S. officials gain momentum.

"This step has been taken to strengthen and properly handle the ongoing negotiations process with the United States," the Taliban said in statement.

U.S. special peace envoy Zalmay Khalilzad's meeting with the Taliban representatives, which was originally due to run over two days, entered its fourth day on Thursday.

It was not clear whether the talks were to continue on Friday, or how soon Baradar could join the talks.

"Baradar will soon fly to Qatar. He has been given the new position because the U.S. wanted senior Taliban leadership to participate in peace talks," a senior Taliban official said.

Baradar, who coordinated the insurgent group’s military operations in southern Afghanistan, was arrested in 2010 by a team from Pakistan’s military-controlled intelligence agency, the Inter-Services Intelligence, and the U.S. Central Intelligence Agency.

His release, according to security experts, was part of high-level negotiations led by Khalilzad with the Taliban.

Diplomatic efforts to end the United State's longest running conflict intensified last year after the appointment of the Afghan-born Khalilzad to lead direct talks with the Taliban.

He has held at least four meetings with the Taliban representatives. But there has been no let up in the violence.

And abiding fears about how Afghan government forces would withstand the Taliban threat without U.S. military support have been heightened by reports that U.S. President Donald Trump wants to bring home almost half of the 14,000 U.S. troops deployed in Afghanistan.

But the unexpected extension of peace talks was a positive sign, according to two senior Taliban leaders in Afghanistan who have been kept informed of the progress made in Qatar.

During the first two days, the talks focussed on a roadmap for the withdrawal of the foreign forces and a guarantee that Afghanistan would not be used for hostile acts against the United States and its allies, according to one of Taliban leaders.

"The mechanism for a ceasefire and ways to enter into an intra-Afghan dialogue were the two other big topics that were supposed to be discussed on Thursday," he told Reuters, speaking on condition of anonymity.

A third source based in the Gulf, who has close ties to the Taliban representatives, said the decision to extend the meeting in the Qatari capital Doha came after "positive progress" during the first two days.

Members of Afghanistan’s High Peace Council (AHPC), a body which oversees peace efforts but does not represent the government said they were hoping for positive news.

"When talks take a long time it means the discussion is in a sensitive and important stage, and the participants are getting close to a positive result," said Sayed Ehsan Taheri, the spokesman for AHPC in Kabul.

The Taliban who are fighting to oust foreign troops have repeatedly rejected the offer to hold direct talks with President Ashraf Ghani’s government, which they consider an illegitimate foreign-imposed regime.

The U.S. and regional powers insist that the peace process should be "Afghan-led and Afghan-owned".

Newly appointed Baradar will also hold the additional post of third deputy of Mullah Haibatullah Akhundzada, the leader of Taliban and work with Sher Mohammad Abbas Stanekzai, a veteran Taliban official who has been running the group's political office in Qatar since 2015 and has participated in the latest rounds of peace talks.

"Stanekzai was given the responsibility but he was not powerful to make all decisions," said a second Taliban official on conditions of anonymity.