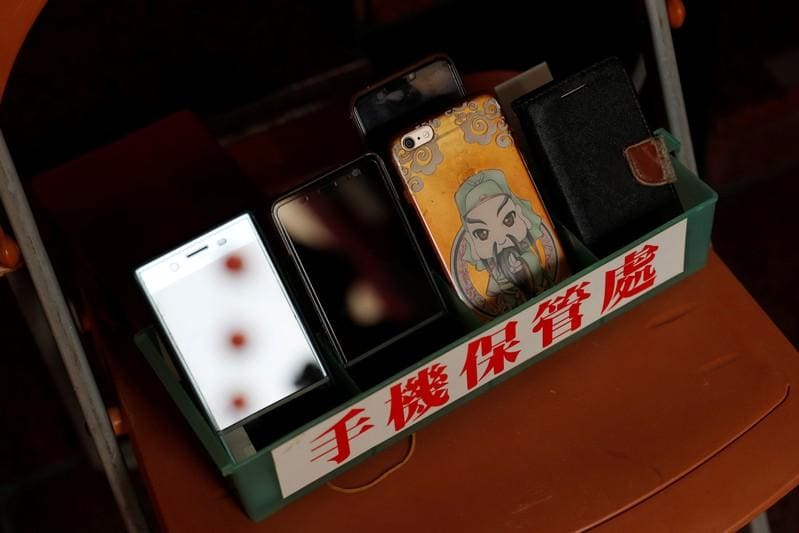 The results of the polls, being held just over a year before Taiwan's next presidential election, are likely to please China, which claims self-ruled and proudly democratic Taiwan as its own and has ramped up pressure on Tsai and her administration since she took office in 2016.

In the run-up to the elections, Tsai and her government said repeatedly that China was trying to sway voters with "political bullying" and "fake news", accusations that Beijing denied.

The DPP lost control of the mayoralties in Taiwan's second-most populous city Taichung and the key battleground of Kaohsiung in the south, which it held for two decades and played a central role in Taiwan's pro-democracy movement in the 1970s.

Both were won by the China-friendly opposition, the Kuomintang, which once ruled China before fleeing to Taiwan at the end of a civil war with the Communists in 1949.

Tsai said the DPP would reflect on the defeat, but she vowed to press on.

"Continuing reforms, freedom and democracy, and protecting the country's sovereignty are the mission that the DPP won't abandon," she told reporters.

She said she would not accept the resignation of her premier William Lai, who had offered to quit earlier in the evening.

The DPP has now been left in control of only six of Taiwan's cities and counties, compared with at least 15 for the Kuomintang.

The party held on in two of its other strongholds, however, keeping Tainan in the south and Taoyuan in the north.

"This is a tragic defeat for the DPP," Yao Chia-wen, a senior adviser to the president, told Reuters.

"But this is not support for the Kuomintang from the people. This is the people's disappointment in the DPP," he said, citing slower-than-expected initiatives that have drawn criticism including pension and justice reforms.

Votes were still being counted in Taiwan's affluent capital Taipei, where the incumbent mayor Ko Wen-je, an independent, is in a close race with the Kuomintang's Ting Shou-chung, and the DPP is running a distant third.

Kaohsiung's Kuomintang mayor-elect, Han Kuo-yu, who described the city as "outdated and poor" while on the campaign trail, told a rally he would go all-out to boost its economy.

"We must immediately roll up our sleeves and get to work," Han said, speaking of what was once one of the world's busiest ports but which has lost much of its business to China.

There was no immediate reaction from Beijing to the poll results, where state media simply noted Tsai's resignation as party chairwoman "to take responsibility for the party's performance in Taiwan's local elections".

A spokesperson for the U.S. State Department praised Taiwan for "demonstrating the strength of their vibrant democratic system through a successful round of elections."

Taiwan television stations reported a high turnout, with some polling stations in parts of Taipei and Kaohsiung remaining open past 4 p.m (0800 GMT) when the polls were due to close.

Candidates fanned out across the island to shake hands and canvass votes, and held noisy, colourful rallies that have become the hallmarks of Taiwan's vibrant democracy, in marked contrast to China where the Communist Party tolerates no dissent to its rule.

Tensions across the Taiwan Strait have heightened, with China conducting military drills around the island and snatching away Taiwan's dwindling number of diplomatic allies.

Confidence in the government has waned in recent months after reform moves upset both the opposition and some supporters, who said Tsai had backed away from promises to reduce the deficit and cut pollution.

Underscoring Tsai's challenge are a series of public votes also held on Saturday on whether to make same-sex marriage legal, an issue which has deeply divided Taiwan.

Voters looked set to back a referendum defining marriage as between and a man and a woman, dealing a sharp blow to Taiwan's position as a bastion of liberalism in Asia.

Tsai has made little progress despite campaigning on a promise of marriage equality in the run-up to elections in 2016.

In Asia's first such ruling, Taiwan's constitutional court declared in May last year that same-sex couples had the right to legally marry, and set a two-year deadline for legalisation.

Voters were also asked whether the island should join the 2020 Tokyo Olympics as Taiwan, rather than "Chinese Taipei" – the name agreed under a compromise signed in 1981.

A vote to compete under a Taiwan banner would further rile Beijing, which has never renounced the use of force to bring the island under its control.

That referendum appeared to have been blocked, with most people voting against re-naming Taiwan's Olympic team.

Final results for all the referendum votes are not expected until early on Sunday, according to election officials.