By Ben Blanchard TAIPEI (Reuters) - Taiwan's main opposition Kuomintang party, which traditionally favours close ties with China, on Saturday voted in as its new leader a rising star lawmaker, who promptly promised to lead a reform effort following a trouncing in an election in January. Johnny Chiang, 48, a lawmaker from Taiwan's second-largest city Taichung, won election as new party chairman over one-time Taipei mayor Hau Lung-bin, 67, the son of a former premier and general during Taiwan's authoritarian era. 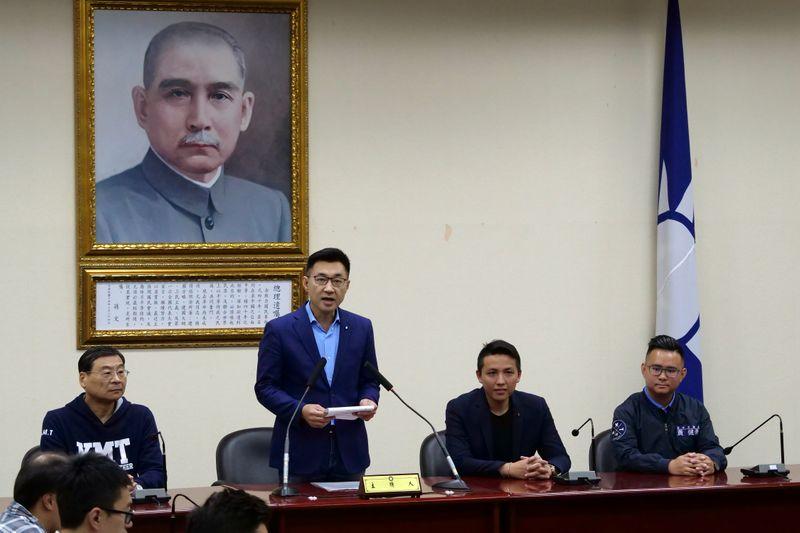 TAIPEI (Reuters) - Taiwan's main opposition Kuomintang party, which traditionally favours close ties with China, on Saturday voted in as its new leader a rising star lawmaker, who promptly promised to lead a reform effort following a trouncing in an election in January.

Driven out of China in 1949 after losing a civil war, the Kuomintang soundly lost both the presidential and parliamentary elections to the Democratic Progressive Party (DPP), whose promises to stand up to China's threats contrasted with its own platform to be more conciliatory towards Beijing.

Since then, the Kuomintang, which ruled all of China until forced to flee to Taiwan, has being trying to re-invent itself and rethink its unpopular China policy.

Speaking at party headquarters in Taipei, under a large portrait of party founder Sun Yat-sen who overthrew the last Chinese imperial dynasty in 1911, Chiang said he knew party reform would be "very complicated".

"I have confidence there can be step-by-step reform of the Kuomintang," he said. "I believe that the Kuomintang after reform will make you feel proud again."

Chiang, who formally takes up his new position on Monday, did not offer any details as to what reforms he will seek, though he has promised to "redesign" the party.

Post-election, the Kuomintang has been riven by disagreement over what its policy towards China should be.

There have been suggestions that it drop the China reference in its name, which translates literally as Chinese Nationalist Party, though for now that looks unlikely.

China claims Taiwan as its sacred territory, to be taken by force if needed.

President Tsai Ing-wen won re-election by a landslide by positioning Taiwan as an independent country defending its democratic system against autocratic China.

During campaigning the Kuomintang proposed returning to the "92 consensus", a vague deal it struck with the Chinese Communist Party in 1992, by which both agreed there is only one China, though each can have its own interpretation of the term.

The DPP used that proposal to drive home a message that the Kuomintang wanted to sell out the island to the Communist Party. While the Kuomintang emphatically denied that, it had trouble shaking the accusation on the campaign trail.

Beijing insists the "92 consensus" must be the basis for any talks with Taipei.