BEIRUT (Reuters) - The Syrian government ordered the seizure of assets belonging to President Bashar al-Assad's cousin Rami Makhlouf, one of Syria's richest men, as well as to his wife and children, according to a government document reviewed by Reuters. The document, stamped May 19 and signed by the finance minister, said the 'precautionary seizure' aimed to guarantee payment of sums owned to the telecom regulatory authority 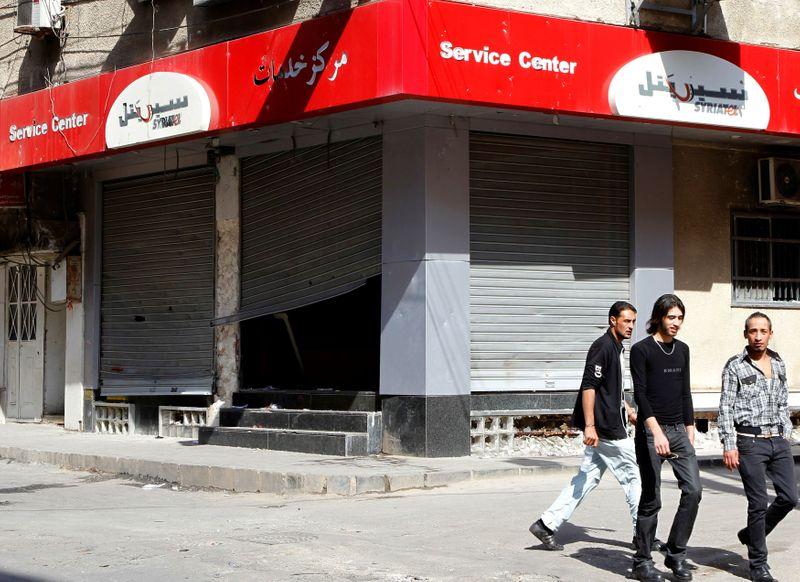 BEIRUT (Reuters) - The Syrian government ordered the seizure of assets belonging to President Bashar al-Assad's cousin Rami Makhlouf, one of Syria's richest men, as well as to his wife and children, according to a government document reviewed by Reuters.

The document, stamped May 19 and signed by the finance minister, said the "precautionary seizure" aimed to guarantee payment of sums owned to the telecom regulatory authority.

Once at the heart of Assad's inner circle, Makhlouf has quarrelled with the authorities over funds which they say are owed by his mobile phone company Syriatel. The unprecedented public tussle has uncovered a rift in the ruling elite.

Makhlouf has addressed the dispute in three video messages in which he has appealed to Assad himself to help save his firm. In his last appearance, released on Sunday, Makhlouf said he had been told to quit as the head of Syriatel.

He also said the courts had been asked to appoint a legal guardian to manage Syriatel, calling this an attempt to exclude him from the company.

"All of this with the excuse that we hadn't agreed to pay the sum. As you know, that is incorrect ... (they) want the company and the only thing they see is controlling it".

The government says Syriatel owes 134 billion pounds, around $77 million at the current exchange rate on the parallel market.

A separate order has banned Makhlouf from government contracts for five years.

Makhlouf, a maternal cousin of Assad, played a big role in financing Assad's war effort, Western officials have said. He is under U.S. and EU sanctions.

Syria experts say the row could mark the first major rift in decades within the family that has ruled the country since Assad's father Hafez took power 50 years ago.