By Jackson Njehia UKARA, Tanzania (Reuters) - Divers on Saturday rescued a man from the wreck of an overcrowded Tanzanian ferry that capsized on Lake Victoria on Thursday, killing at least 207 people. 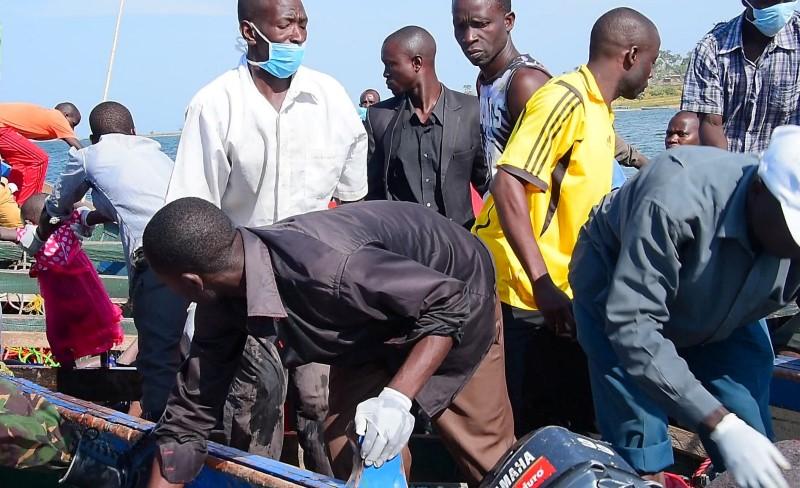 UKARA, Tanzania (Reuters) - Divers on Saturday rescued a man from the wreck of an overcrowded Tanzanian ferry that capsized on Lake Victoria on Thursday, killing at least 207 people.

Bodies continued to float to the surface around the vessel, which initial estimates suggested was carrying more than 300 people. State broadcaster TBC said the death toll had reached 207.

Four navy divers resumed their search inside the sunken MV Nyerere early on Saturday after hearing sounds that suggested signs of life.

They pulled one man out of the overturned ship and he was rushed to hospital, a Reuters witness said. His condition was not immediately known.

On Friday, President John Magufuli ordered the arrest of those responsible for the sinking.

Dozens of relatives stood crying by the shoreline as they waited for information on their loved ones. Coffins were lined up nearby awaiting bodies being pulled from the vessel, which lay belly up in the water just metres from the shoreline.

"The ferry overturned very fast and covered us," survivor Charles Ngarima told Reuters. "I was lucky that I was able to swim under water not knowing where I was swimming to...while trying to swim to safety, I found a number of metal bars that cut my face and the back of my head."

Another survivor, Jennifer Idhoze, blamed the ferry had capsized because it was overloaded. "I was able to jump out of the ferry... That is how I survived," she said.

"This equipment will increase efficiency in the rescue operation and we will continue with the search until we are satisfied that we have rescued everyone," he told Reuters.

The ferry sank on Thursday evening just a few metres from the dock on Ukerewe, the lake's biggest island.