The bomber blew himself up inside a funeral tent in a farming area outside the mainly Sunni town of Taji, about 22 kilometers (12 miles) north of Baghdad, a police officer said. Another 20 mourners were wounded, he added. 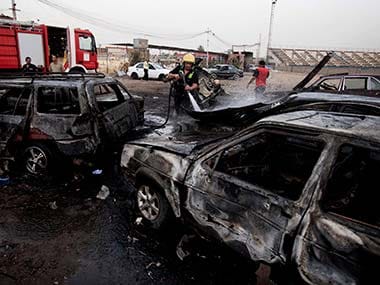 The funeral was for the father of two members of pro-government militias, known as Sahwa or Awakening Councils.

The Sahwa were formed at the height of Iraq's sectarian fighting in 2006 and 2007, and allied with US troops against al Qaeda in Iraq, a precursor to the Islamic State extremist group.

Two medical officials confirmed the casualty figures, updating a previous toll. All officials spoke on condition of anonymity as they were not authorised to release the information.

No one has claimed responsibility for attack, but it bore the hallmarks of the Islamic State group, which frequently targets Sunnis allied with the Shiite-led government. The extremist group captured large swaths of western and northern Iraq earlier this year.