By Patrick Werr CAIRO (Reuters) - Sudanese banks have started moves to re-establish relations with foreign banks as the United States prepares to remove Sudan from its state sponsor of terrorism (SSOT) list, although bankers and analysts say the process will likely be slow. Restoring international banking links could provide a vital boost to an economy still in crisis more than 18 months into a political transition following the overthrow of former president Omar al-Bashir. 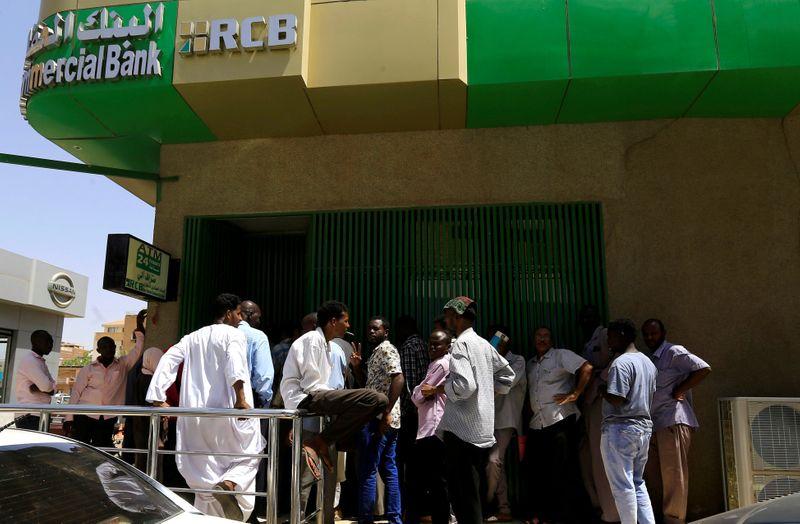 CAIRO (Reuters) - Sudanese banks have started moves to re-establish relations with foreign banks as the United States prepares to remove Sudan from its state sponsor of terrorism (SSOT) list, although bankers and analysts say the process will likely be slow.

Restoring international banking links could provide a vital boost to an economy still in crisis more than 18 months into a political transition following the overthrow of former president Omar al-Bashir.

Banks have been blocked from correspondence relationships involving U.S. dollars and have had difficulty dealing in other major currencies for nearly two decades, forcing them to rely mainly on the United Arab Emirates dirham for transactions.

Importers have depended on expensive brokers, mainly in Dubai, to source foreign currency, passing on the extra cost to local consumers and helping to exacerbate inflation, now running at 220%.

The transfer, for a Sudanese trading company, was the first in almost two decades, Elrasheed Abdel Rahman Ali said. "I think from the early years of the 2000s," he told Reuters.

Most major foreign banks began gradually pulling out in the 2000s as the United States cracked down on transactions with Khartoum.

Washington formally lifted economic sanctions against Sudan in 2017, but continued to classify the country as a state sponsor of terrorism, in part because of its suppression of a rebellion in Darfur.

Foreign banks have been waiting for the country to be removed from the SSOT list before re-establishing banking relations, wary they may run afoul of secondary sanctions in place against individuals connected with the Darfur war.

"This has been a major impediment to the private sector," said Ibrahim Elbadawi, who stepped down as Sudan's finance minister in July. "It has been very costly because they have to deal with intermediary banks in the region, and this entails costs in terms of time and in the service these banks provide."

Sudan's technocratic government, which serves under a military-civilian ruling council, had been pressing hard for the delisting since last year.

U.S. President Donald Trump on Oct. 20 announced his decision to remove Sudan from the SSOT list as he pushed the country to agree to normalise relations with Israel, and later sent the decision to Congress, which has 45 days to approve or reject it.

"This is definitely going to be very valuable in terms of reducing costs as well as the time for the transactions," said Elbadawi.

Yousif El Tinay, chief executive officer of Khartoum-based United Capital Bank, said Sudanese banks' first step would be to contact former correspondents in Europe and the United States, but cautioned that many banks may not find Sudan's tiny market attractive just yet for the legal and compliance effort involved.

"If you just look at banks just having to change their website, by removing Sudan from the list of countries," you can't deal with, including North Korea, Syria and Iran, he said.

"Time is needed by banks worldwide to change their internal communications on markets, to train people and change their compliance records and systems, to say that transactions from Sudan are okay," El Tinay said.

Bankers hope that a preliminary deal that Sudan signed with General Electric in October to boost power generation will spur at least some American banks to speed up the process.

In the agreement, General Electric agreed to quickly install mobile turbines and to rehabilitate existing power plants to increase power generation by up to 470 megawatts.

"We're going to write all of the major ones, We're talking about JP Morgan, Citibank, Bank of America, and we'll see and go through the process," El Tinay said.

Finance minister Ali has said Sudanese citizens would feel an immediate benefit once correspondent relations were in place by being able to directly receive remittances from Sudanese working abroad.