KHARTOUM (Reuters) - Sudan's opposition and ruling Transitional Military Council agreed late on Wednesday to form a committee to resolve their disagreements, as tensions rise over how long it will take to move to civilian rule after the overthrow of autocrat Omar al-Bashir. 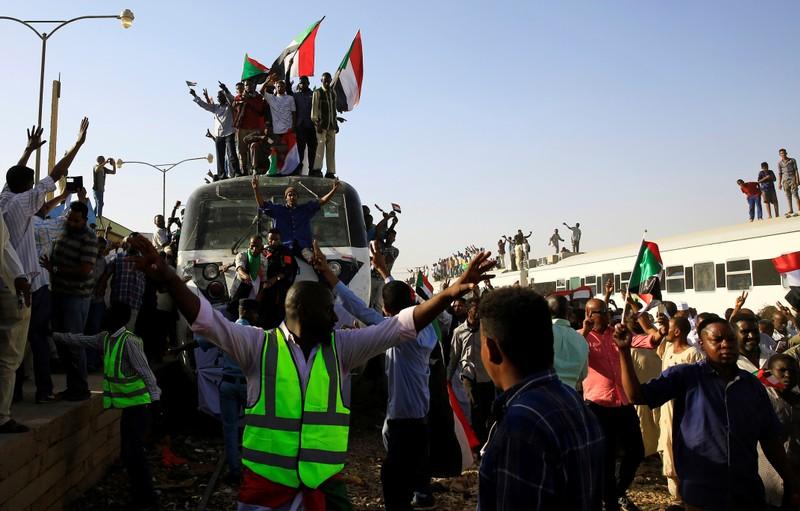 KHARTOUM (Reuters) - Sudan's opposition and ruling Transitional Military Council agreed late on Wednesday to form a committee to resolve their disagreements, as tensions rise over how long it will take to move to civilian rule after the overthrow of autocrat Omar al-Bashir.

"We are partners working together to bring Sudan to safety," TMC spokesman Shams El Din Kabbashi said on state TV following a meeting with the opposition.

The TMC and the opposition umbrella group Forces of the Declaration of Freedom and Change have appeared on a collision course in recent days over popular demands for democratisation under civilian government. Earlier on Wednesday the TMC invited the opposition to the meeting.

"The Transitional Military Council declares that the doors of dialogue and negotiation are open," the TMC said in a statement. The opposition movement, which includes protest organisers the Sudanese Professionals' Association (SPA), said it would come to talks with the TMC and "listen with an open mind".

"The Forces of the Declaration of Freedom and Change decided to respond to the invitation and listen with an open mind to what the president of the military council will propose, asserting that our desire is the peaceful transfer to a transitional civilian authority that reflects the forces of the revolution," the SPA said in a statement.

The SPA had declared on Sunday it would suspend talks with the military council.

While the opposition has insisted on a swift handover of power to civilians, the TMC has said the process could take up to two years. Bashir ruled for 30 years after taking power in a military coup in 1989.

On Tuesday, the SPA and witnesses said security forces tried to break up a protester sit-in outside Khartoum's Defence Ministry. The group instead encouraged protesters to put up more barriers and continue their demonstration.

(Reporting by Khalid Abdelaziz in Khartoum and Nayera Abdallah in Cairo; Writing by Lena Masri; Editing by Mark Heinrich and Tom Brown)