KHARTOUM (Reuters) - Sudan on Wednesday raised the price of subsidised bread to 2 pounds per loaf from 1 pound in its capital Khartoum, while introducing a new smaller loaf for sale at the old price, in a bid to calm bakers complaining of steep losses. Long queues have begun forming outside bakeries in recent days, caused at least in part by problems in ensuring supplies of subsidised flour to bakeries. Bread shortages, caused by difficulties in raising hard currency to import wheat, triggered mass protests which - with the help of the military - toppled former President Omar al-Bashir last year after three decades in power. 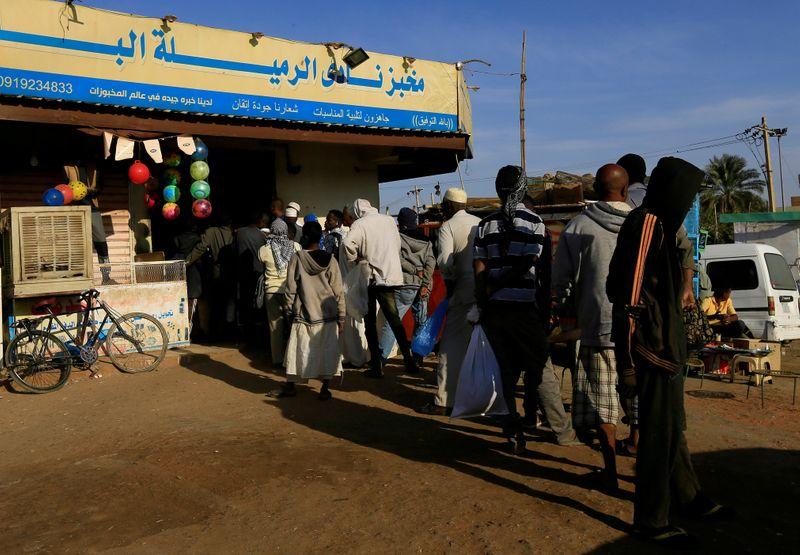 KHARTOUM (Reuters) - Sudan on Wednesday raised the price of subsidised bread to 2 pounds per loaf from 1 pound in its capital Khartoum, while introducing a new smaller loaf for sale at the old price, in a bid to calm bakers complaining of steep losses.

Long queues have begun forming outside bakeries in recent days, caused at least in part by problems in ensuring supplies of subsidised flour to bakeries.

The government pays 75% of the cost of the flour bakers use to produce bread in exchange for fixing the price of each loaf. Bakers, however, have complained and threatened to go on strike over rising operating costs and the steady weakening of the Sudanese pound.

"With the large increase in prices overall ... as well as rising bread manufacturing costs and labour costs we felt it was necessary to look objectively at this problem and ensure the availability of this vital commodity for everyone," Khartoum's governor, Lieutenant General Ahmed Abdoun, said on Wednesday.

The price increase in the state of Khartoum, which consumes 50% of the bread made in Sudan, may give a green light for officials to take similar measures in other major cities and states in the country.

In February, the trade ministry said the government would soon also launch commercial bakeries which will sell non-subsidized bread drawing on commercial stocks.

It was not clear whether the new commercial bakeries would ease the burden on a government budget that is also subsidizing fuel and other basic products in the widely impoverished country.