By Gene Emery (Reuters Health) - Hurricane Maria claimed the lives of 4,645 people in Puerto Rico last year and not the 64 long pegged by the island's government as the official death toll, according to a survey of thousands of residents by a research team led by Harvard University. 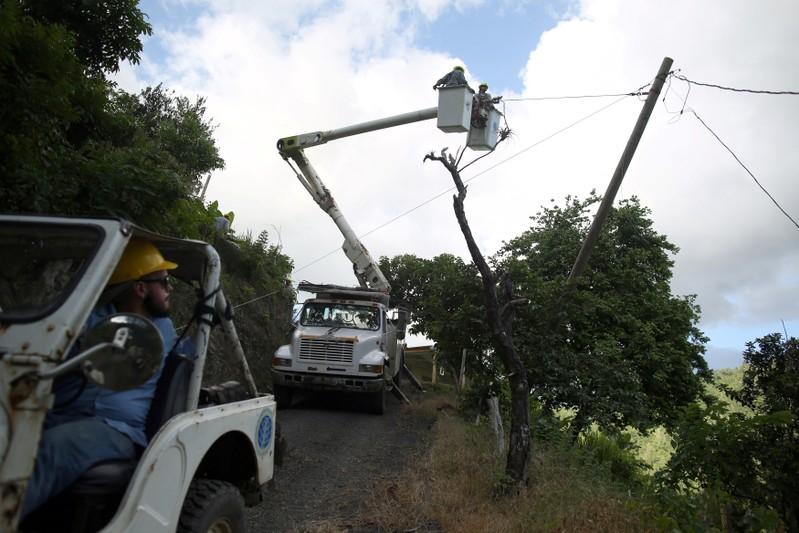 (Reuters Health) - Hurricane Maria claimed the lives of 4,645 people in Puerto Rico last year and not the 64 long pegged by the island's government as the official death toll, according to a survey of thousands of residents by a research team led by Harvard University.

The researchers estimated that most victims of the storm died between Sept. 20 and Dec. 31, 2017, as a direct or indirect result of Puerto Rico's worst natural disaster in 90 years. One-third perished because of delayed or interrupted medical care.

While cautioning that the estimate of 4,645 victims may be too low, the researchers said the numbers "underscore the inattention of the U.S. government to the frail infrastructure of Puerto Rico."

The tally, reported online on Tuesday in the New England Journal of Medicine, is likely to be controversial because it is far higher than previous independent estimates.

The emergency response to the disaster became highly politicized and provoked criticism of President Donald Trump, who was faulted when much of the U.S. territory remained without power for months.

Puerto Rico's government released a statement on Tuesday welcoming the study and saying it would analyse it further.

In the aftermath of the storm, Puerto Rico commissioned George Washington University to conduct an independent study into the death toll, the results of which are due soon.

"As the world knows, the magnitude of this tragic disaster caused by Hurricane Maria resulted in many fatalities. We have always expected the number to be higher than what was previously reported," Carlos Mercader, executive director of the Puerto Rico Federal Affairs Administration said in the government statement.

The chief author of the new study, Caroline Buckee of the Harvard T.H. Chan School of Public Health in Boston, did not respond to emails requesting comment.

Maria, a major hurricane with winds close to 150 miles (241 km) per hour, caused an estimated $90 billion in damage to an island already struggling economically and many residents have subsequently left.

There is a wide margin for error in the study authored by Buckee. While the researchers estimated 4,645 deaths, the actual number could be as low as 793 and as high as 8,498, the study showed.

The tally of 4,645 dead is more than four times higher than a December estimate by the New York Times, which said the actual death toll was probably about 1,052.

A Pennsylvania State University study put the number at 1,085.

The Buckee team randomly conducted in-person surveys of 3,299 of the estimated 1.1 million Puerto Rican households earlier this year, making sure to include remote areas.

Respondents were not paid and were asked if a household member had died directly or indirectly as a result of the storm. Missing people were not counted as deaths. Respondents were also asked about deaths within a five-minute walking distance of their homes.

The Buckee team also said that in the aftermath of the storm households went, on average, 68 days without water, 84 days without electricity and 41 days without cell phone coverage. In the most remote areas, 83 percent of the households were still without power by Dec. 31.