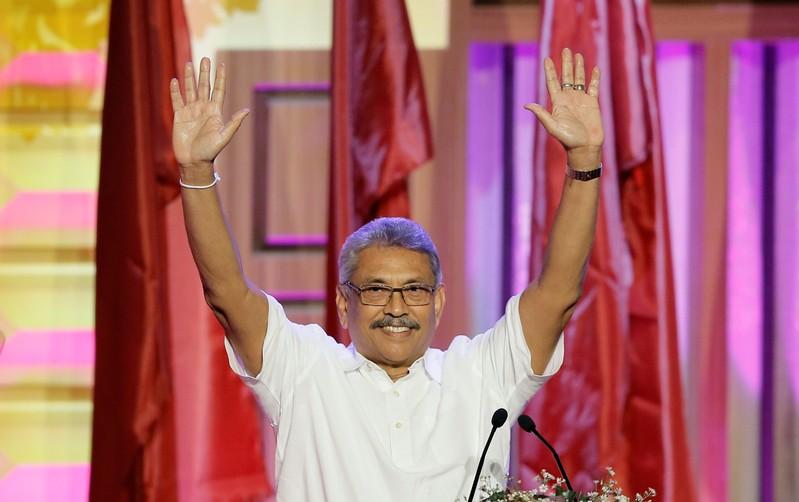 The following year, the Sirisena government allowed Chinese projects to resume after demanding changes in some. But diplomatic ties have been strained since.

Opposition candidate Rajapaksa, a former defence chief and brother of pro-China former President Mahinda Rajapaksa, was ready to repair the ties with China, should he win the November election, one of his advisers said.

"Now China is looking at us differently. When Gotabaya Rajapaksa becomes the president... he will set the record right and restore the relationship to where it was," Palitha Kohona told reporters in Colombo.

Sirisena sparked a political row this week when he alleged corruption at a Chinese company contracted to build the Lotus Tower, South Asia's tallest tower. A Sri Lankan parliamentary panel said it would investigate.

Neither the company nor the Chinese embassy in Colombo has commented on the allegations. China has repeatedly denied any wrongdoing in its multi-billion dollar infrastructure projects in Sri Lanka.

"I suppose the thinking was if we upset China, the West would come to us with endless bags of gold... But the bags of gold never materialized," Kohona said.

Rajapaksa is widely seen as the frontrunner in November's election due to his popularity among Sri Lanka's Sinhala Buddhist majority for his role in ending a 26-year civil war in 2009.

However, his candidature is yet to be confirmed, with uncertainties lingering over a legal battle related to misappropriation of funds and his renunciation of U.S. citizenship. Sri Lanka does not allow dual citizens to contest elections.

Rajapaksa has denied wrongdoing and says he has already renounced his citizenship.