GAZA (Reuters) - Gaza has reported hundreds of coronavirus infections since the first case emerged in the general population last week, and a U.N. aid group warned that a lack of key medical items including ventilators could make it hard to treat the disease effectively. Widely impoverished and densely populated, the Islamist-ruled Palestinian enclave has been on lockdown since authorities confirmed four infections from a single family on Aug. 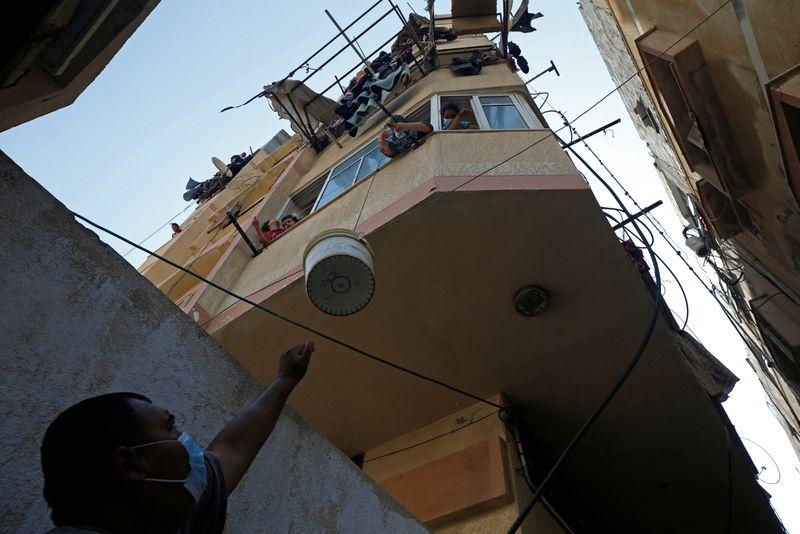 GAZA (Reuters) - Gaza has reported hundreds of coronavirus infections since the first case emerged in the general population last week, and a U.N. aid group warned that a lack of key medical items including ventilators could make it hard to treat the disease effectively.

Widely impoverished and densely populated, the Islamist-ruled Palestinian enclave has been on lockdown since authorities confirmed four infections from a single family on Aug. 24. It was the first time the virus was detected outside quarantine zones set up for people returning from abroad.

Since then, 603 new cases have been recorded, nearly all among the general population, with four deaths since Aug. 24, according to Gaza's Health Ministry.

The Gaza Strip is home to two million Palestinians in cities, towns and refugee camps squeezed within an area of 360 square km (139 square miles), with its borders sealed off by neighbouring Israel and Egypt.

"Gaza is probably the most densely populated place on the face of the earth so measures to contain a virus as violent as COVID-19 are always extremely difficult to put in place," said Tamara Alrifai, spokeswoman for the United Nations Relief and Works Agency (UNRWA) devoted to Palestinian refugees.

Israel and Egypt restrict movement over Gaza's borders, citing security concerns over its ruling Hamas movement, deemed a terrorist organisation by Israel and the United States.

Alrifai, in a virtual briefing for reporters streamed from Geneva, said Israel had not hindered humanitarian assistance to Gaza since the coronavirus crisis began and that whatever has been needed to fight COVID-19 "has been well facilitated."

"The real challenge in Gaza is the unavailability of needed items such as ventilators and other medical items," she said.

UNRWA is asking for $94 million in contributions from countries so it can continue COVID-19 containment efforts.