GRAN CANARIA, Spain (Reuters) - The Spanish military has set up a camp for migrants stranded at a harbour on the Spanish island of Gran Canaria after a wave of arrivals overwhelmed local authorities' capacity to house them. 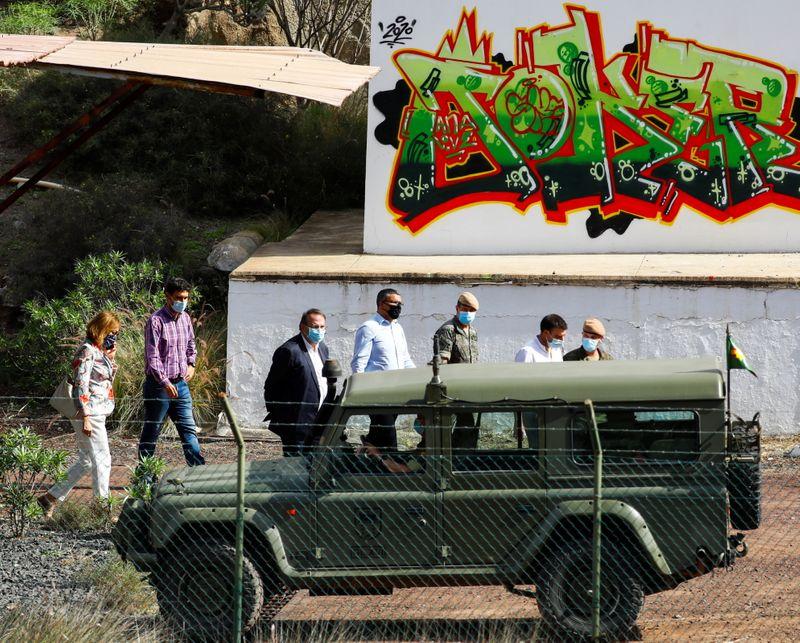 GRAN CANARIA, Spain (Reuters) - The Spanish military has set up a camp for migrants stranded at a harbour on the Spanish island of Gran Canaria after a wave of arrivals overwhelmed local authorities' capacity to house them.

The camp, consisting of 23 tents with capacity for 200 people, was set up alongside an old military warehouse in Barranco Seco, the army said.

More than 2,000 African migrants were stranded in the dockside earlier this week after a host of new arrivals over the weekend. The Interior Ministry has promised it would help provide proper shelter.

Some migrants are currently housed in a makeshift dockside camp in the port of Arguineguin, in Gran Canaria's south. With reception centres across the islands stretched to capacity, some have been stuck on the dock for days.

Seaborne migration to the Canaries, which lie around 100 km (60 miles) off Morocco's west coast, has jumped ten-fold this year, with some 15,404 people braving the perilous Atlantic crossing, but is still far from the peak of more than 30,000 arrivals in 2006.

After 2006, when more than 30,000 people reached the shores of the Canaries, Spain stepped up security and numbers dwindled to a few hundred per year.

But heightened security in the Mediterranean combined with economic strife from the coronavirus pandemic has left more migrants attempting the Atlantic route.

Underscoring the danger of the crossing, which is usually made in rudimentary wooden fishing boats, some 140 Europe-bound migrants died after their boat caught fire and capsized off the coast of Senegal at the end of October .