MADRID (Reuters) - Spain's cumulative tally of coronavirus cases hit 405,436 on Monday after a surge in infections last week, making it the worst week for infections since late March. The country's health ministry added nearly 20,000 infections for last week after revising upwards the number of cases for at least four of the days in that week. 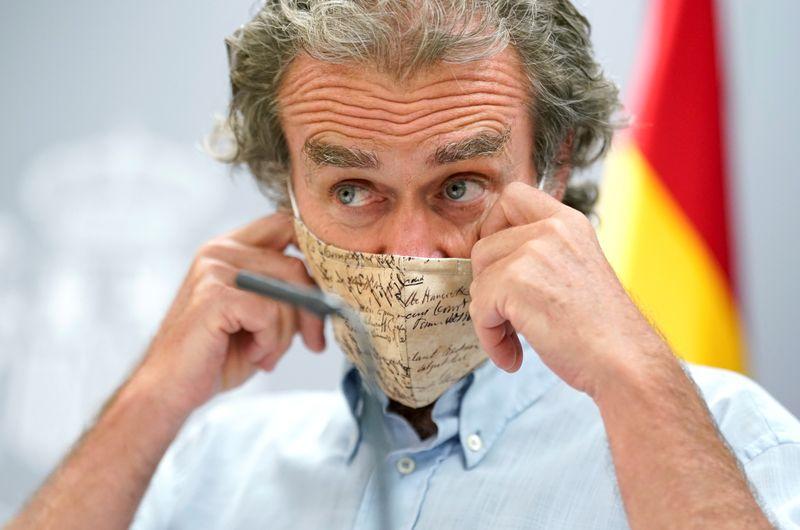 MADRID (Reuters) - Spain's cumulative tally of coronavirus cases hit 405,436 on Monday after a surge in infections last week, making it the worst week for infections since late March.

The country's health ministry added nearly 20,000 infections for last week after revising upwards the number of cases for at least four of the days in that week.

Infections have risen sharply since Spain lifted a three-month lockdown in late June, but deaths have been much lower than during the epidemic's late-March peak. Three people died in the past 24 hours, with the total death toll at 28,872.

In the past 24 hours, 2,060 cases have been diagnosed, the ministry said, a lower level than seen last week.

Seeking to halt the resurgence, regional authorities are bringing back restrictions that were lifted after the national lockdown reduced the number of new cases.

In Catalonia, which has reported more than 1,000 daily cases over the past five days, social gatherings will be limited to 10 people, while southeastern Murcia banned meetings of more than six people and recommended people over 65 stay at home.

Catalan leader Quim Torra said the next three weeks - when thousands of workers will return from holidays and children are due to head back to school - will be crucial for reducing COVID-19 transmission.

"No distractions, no deviations and maximum concentration ... because one way or another this country has to get back to work and reopen schools," he told a news conference in Barcelona.

With the start of the school term just weeks away, teachers and parents' associations are angry at the government's lack of a coherent back-to-school plan.

Madrid, which has logged more than 24,000 cases in the past two weeks, has urged people in the worst-hit areas to stay at home and has not ruled out targeted lockdowns if the situation deteriorates.