MADRID (Reuters) - Spain's cumulative tally of confirmed coronavirus infections passed 700,000 on Thursday and authorities warned of tougher times ahead in the densely-populated virus hotspot region of Madrid, which accounts for over a third of hospital admissions. The number of confirmed cases has spiked since the end of a nationwide lockdown in late June, adding 200,000 in less than a month, and now stands at 704,209, the highest in Western Europe. 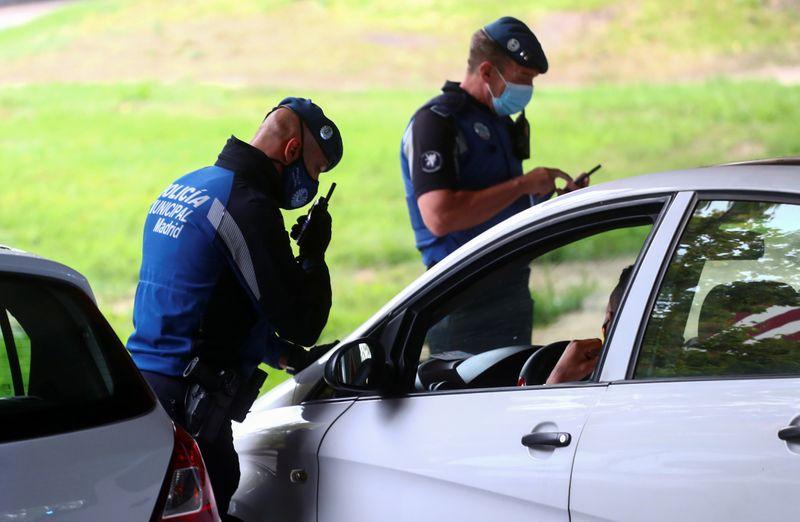 MADRID (Reuters) - Spain's cumulative tally of confirmed coronavirus infections passed 700,000 on Thursday and authorities warned of tougher times ahead in the densely-populated virus hotspot region of Madrid, which accounts for over a third of hospital admissions.

The number of confirmed cases has spiked since the end of a nationwide lockdown in late June, adding 200,000 in less than a month, and now stands at 704,209, the highest in Western Europe.

The total number of COVID-19 fatalities rose by 84 to 31,118, including 13 deaths registered in the past 24 hours. Daily deaths are now around their highest levels since early May, but below the late March record of nearly 900.

Authorities in Madrid, which has the highest share of hospital capacity occupied by COVID-19 patients and about 500 people hospitalised a day this week, have imposed a partial lockdown in districts with high contagion rates, and could announce more measures on Friday, according to local officials.

"Tough weeks are coming in Madrid. We must act with resolve to bring the pandemic under control," Health Minister Salvador Illa told reporters before meeting regional officials.

Illa has said the second wave of infections in Spain has a lower intensity and velocity than the first one, the high numbers owing mostly to mass testing that now allows authorities to detect six or seven cases out of 10, as opposed to one in 10 a few months earlier.

"Although the figures may seem similar, they are not," Illa told parliament earlier this week.

Education Minister Isabel Celáa also said on Thursday the reopening of schools over the past two weeks had not led to any significant increase in infections, and only 0.73% of all classes have had to be quarantined so far.