Brussels: A Spanish judge has issued a European warrant for the arrest of ousted Catalan leader Carles Puigdemont, his Belgian lawyer told Flemish television. Puigdemont, dismissed last week as Catalan president by the Spanish government and who has since been holed up in Belgium, would fight an eventual bid to extradite him, his lawyer Paul Bekaert told the VRT channel. 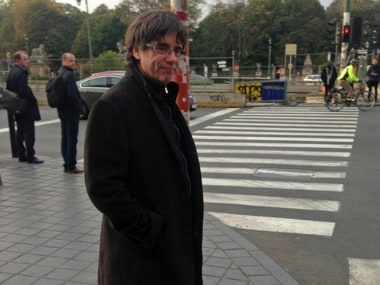 "I have just received word from my client that indeed it (the warrant) has been issued against the president and four other ministers who are in Belgium," Bekaert said on Thursday.

"Practically it means that the Spanish judiciary will now send an extradition request to federal prosecutors in Brussels," he said.

Asked if Puigdemont will remain in Belgium, Bekaert said "Of course. He has pledged his full cooperation with the Belgian authorities." Bekaert said his client would appeal should an extradition request be approved by a Belgian judge.