WASHINGTON (Reuters) - Some participants in the violent breach of the U.S. 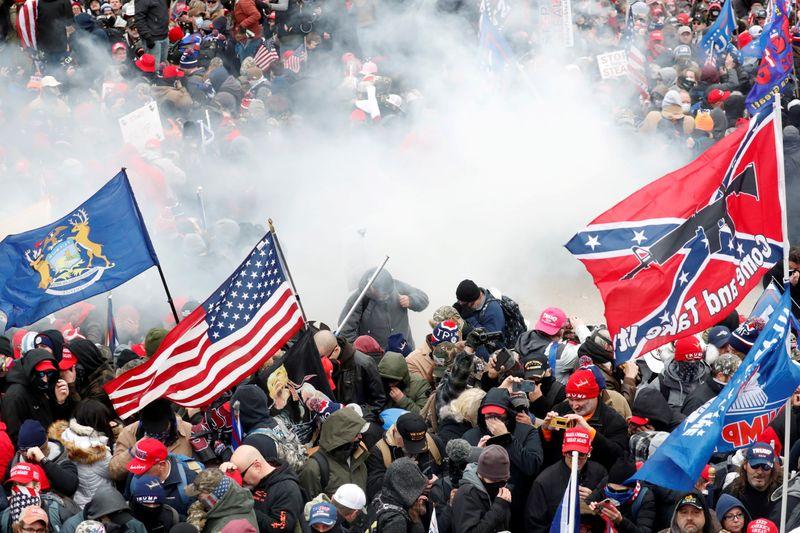 WASHINGTON (Reuters) - Some participants in the violent breach of the U.S. Capitol will face charges on Thursday, and federal authorities will continue to assess evidence and make arrests as they investigate, Acting Attorney General Jeffrey Rosen said.

Prosecutors have been working through the night since Wednesday's invasion of the Capitol with various law enforcement authorities to gather evidence, identify perpetrators and charge people with federal crimes, according to a statement from Rosen.

"The Department of Justice is committed to ensuring that those responsible for this attack on our Government and the rule of law face the full consequences of their actions under the law," Rosen said. "Some participants in yesterday’s violence will be charged today."