Three women have been freed after spending 30 years held captive in a south London home, police announced on Thursday, including one woman believed to have spent her entire life as a virtual slave.

London's Metropolitan Police announced the rescues after two people - a man and a woman, both 67 - were arrested early Thursday as part of an investigation into slavery and domestic servitude. 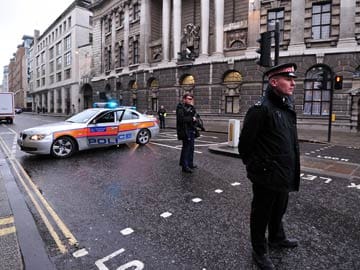 The investigation was launched after one of the captive women contacted a charity, which then went to the police. Those freed "some weeks ago" are a 69-year-old Malaysian woman, a 57-year-old Irish woman and a 30-year-old British woman.

Police said they do not believe the victims are related and said there was no evidence of sexual abuse. While it is unclear if the 30-year-old was born in the south London house, she appears to have been held in domestic servitude for her entire life, the force said.

Kevin Hyland, head of the force's human trafficking unit, said all three were "deeply traumatized" and have been in the care of a charity equipped to deal with severe trauma since they were freed.

The nationalities of those arrested were not immediately disclosed.

"When we had established the facts, we conducted the arrests," Hyland told reporters.

He said police were contacted in October by Freedom Charity, a group that raises awareness about child abuse, forced marriages and honor killings. It told the force it had received a call from a woman who said she had been held against her will at a London address for more than 30 years.

The catalyst for the woman's call was a television documentary on forced marriages, according to police.

Police said an investigation discovered the south London house in Lambeth and, with the help of Freedom Charity, the women were rescued.

"Their lives were greatly controlled," Hyland said. "For much of it, they would have been kept on the premises."

He said his unit - which deals with many cases of servitude and forced labor - had seen cases of people held for up to ten years "but we've never seen anything of this magnitude before."

Aneeta Prem, founder of Freedom Charity, described the situation as one of domestic servitude.

"They were basically treated as slaves," she told the BBC.