By Aidan Lewis and Mahmoud Mourad SHARM EL-SHEIKH (Reuters) - Egyptian President Abdel Fattah al-Sisi defended the death penalty at a summit between Arab and European states on Monday, saying the two regions had 'two different cultures'. Rights groups strongly criticised Egypt this month for executing nine men accused over the 2015 killing of the country's chief prosecutor, saying that they and others had been put to death after unfair trials amid a surge in executions. 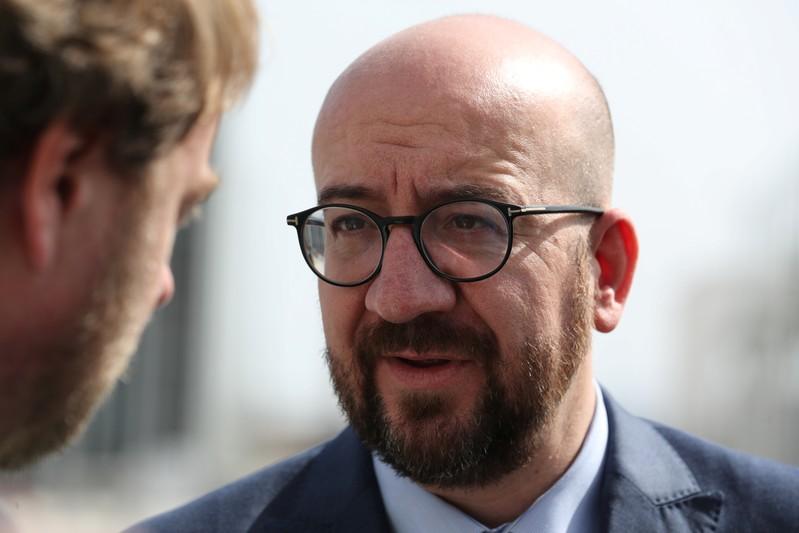 By Aidan Lewis and Mahmoud Mourad

Rights groups strongly criticised Egypt this month for executing nine men accused over the 2015 killing of the country's chief prosecutor, saying that they and others had been put to death after unfair trials amid a surge in executions.

Egypt rejected allegations that confessions were extracted under torture.

"When a human being is killed in a terrorist act, the families tell me that we want the right of our children and their blood," Sisi told the closing press conference at the first joint summit between the EU and the Arab League. "This culture exists in the region and that right must be given through the law."

Sisi has previously defended criticism on rights by pointing to economic and welfare reforms aimed at raising living standards for Egypt's population of more than 98 million.

"We have two different cultures," he said on Monday. "The priority in Europe is achieving and maintaining wellbeing for its people. Our priority is preserving our countries and stopping them from collapse, destruction and ruin, as you see in many surrounding states."

Since ousting Muslim Brotherhood President Mohamed Mursi in 2013, Sisi has overseen a sweeping crackdown on both Islamist and liberal opposition. Activists consider the repression the worst in Egypt's modern history.

European Commission President Jean-Claude Juncker said human rights had been raised in bilateral meetings during the two-day summit, while European Council President Donald Tusk said he had insisted on human rights being included in the summit's final declaration.

"I am absolutely convinced ... that in this very context dialogue is always much better than confrontation," said Tusk, speaking alongside Sisi.

Rights defenders are concerned that European states focussed on security have lent Sisi international legitimacy at a time when his supporters are pushing through constitutional amendments that could allow him to stay in power until 2034.

"It is distressing that the leaders at the summit have not addressed adequately the threats to freedom of expression and assembly, fundamental rights which are under threat in many places in the Arab world," Oxfam's Middle East and North Africa regional director, Marta Lorenzo, said in a statement.

Belgian Prime Minister Charles Michel told reporters the choice was between speaking only with other European leaders, or viewing dialogue as "necessary in order to defend our fundamental values".

Juncker said on Sunday he had concerns about human rights in many of the countries he dealt with, but added: "If I only talked to flawless democrats then I would end my week already by Tuesday."