SINGAPORE (Reuters) - Singaporeans are getting their first look at rare twin red-ruffed lemurs born at the Singapore zoo a few months ago, after coronavirus restrictions delayed their introduction to the public. The yet-to-be named twins who arrived on Feb. 22 are the first births of the critically endangered species in the zoo since their 11-year-old father Bosco was born 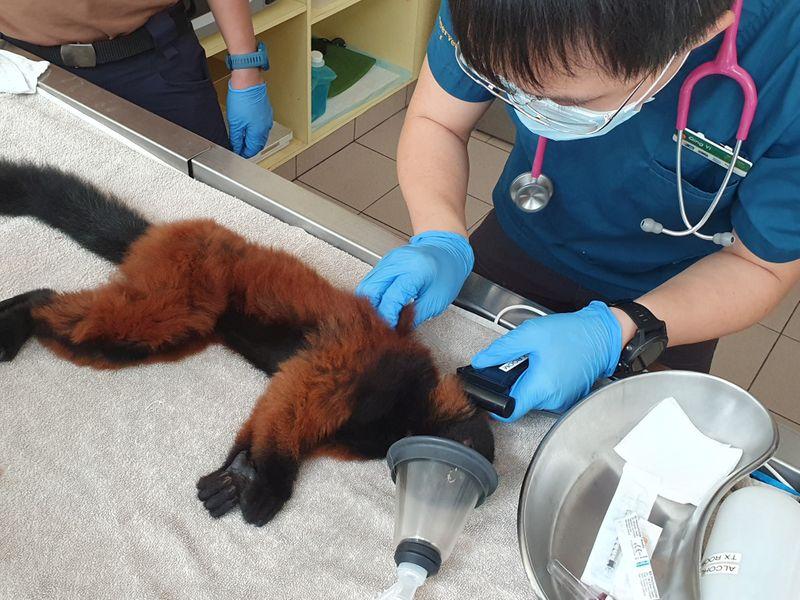 SINGAPORE (Reuters) - Singaporeans are getting their first look at rare twin red-ruffed lemurs born at the Singapore zoo a few months ago, after coronavirus restrictions delayed their introduction to the public.

The yet-to-be named twins who arrived on Feb. 22 are the first births of the critically endangered species in the zoo since their 11-year-old father Bosco was born.

Their mother, eight-year-old Minnie, came to Singapore in 2016 from a zoo in Japan.

The couple was specially matched because of their genetic compatibility.

The rust-coloured primates only breed once a year, making reproduction notoriously difficult, Wildlife Reserves Singapore said in a statement on Thursday.

"On top of this, females are only fertile for one out of the few days they are sexually receptive, making this twin birth particularly special," it said.

The twins started to greet visitors only this month as the zoo was closed due to a coronavirus lockdown.

The fluffy-furred family with black faces and paws is often spotted together at mealtimes. The five-month-old babies have grown to nearly the same size as their parents.

Native to the north-eastern part of Madagascar, red ruffed lemurs are a sister species to the black and white ruffed lemurs.

The main threat to their population is habitat loss due to illegal logging and hunting. They live together as a family so are often hunted in groups.