FREETOWN (Reuters) - Sierra Leone's president Julius Maada Bio has accused the main opposition party of orchestrating a spate of violent incidents, deepening a political standoff that risks undermining the country's efforts to contain a coronavirus outbreak. At least 18 people have died in three riots in separate parts of the country in recent weeks, including a disturbance at Freetown's central prison on April 29 which started after an inmate tested positive for the virus. In a televised address, Bio claimed members of the All People's Congress (APC) party were behind the violence. 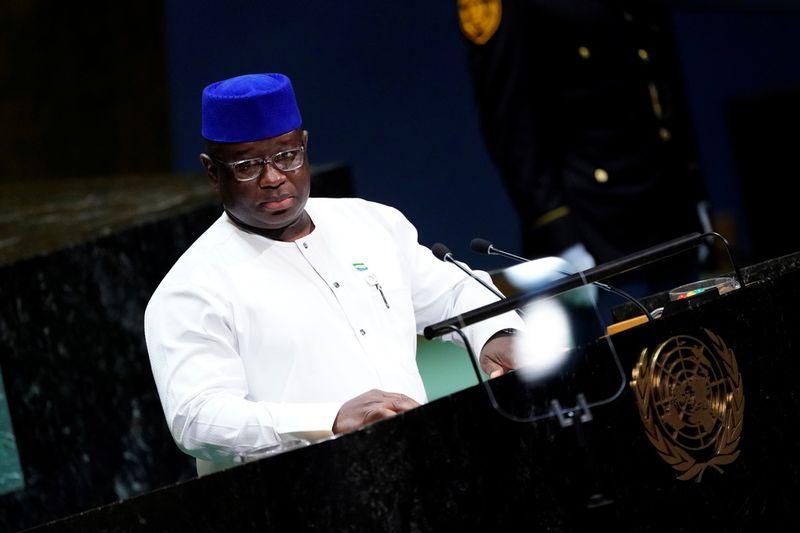 At least 18 people have died in three riots in separate parts of the country in recent weeks, including a disturbance at Freetown's central prison on April 29 which started after an inmate tested positive for the virus.

In a televised address, Bio claimed members of the All People's Congress (APC) party were behind the violence.

"These attacks are therefore premeditated, orchestrated, and executed with a clear objective – to make the state ungovernable," he said in the unscheduled broadcast on Friday.

The APC has denied the accusations. "It is shocking, the claims the president is making," party spokesman Sidi Yayah Tunis said.

Last week, the United Nations called on the authorities and all political parties to work together to avoid distracting from the fight against the virus, which has so far infected 291 people and killed 17.

Since then, two prominent opposition members have been detained without charge. Amnesty International and local rights groups have called for their immediate release.

Without referring to specific incidents, Bio said any recent arrests were not politically motivated, but linked to investigations into the violence. The authorities will take further steps to protect security and rule of law, he said, without giving further details.

As part of the country's response to the health crisis, courts have been closed and those considered to be serious offenders can be held without bail, the chief justice ruled last month.

The APC and Bio's Sierra Leone People’s Party are long-time foes. After beating an APC candidate to the presidency in 2018, Bio launched a crackdown on alleged graft that has resulted in several former APC ministers being imprisoned.