Should Fiji continue sending troops as UN peacekeepers in Syria?

Suva, Fiji: For years, Fiji's tiny military force has carried out two high-profile tasks: Leading coups, and peacekeeping. It's a mix that has drawn questions — now more than ever, with 45 Fijian troops captured by Syrian insurgents.

The force of just 3,500 is devoted largely to peacekeeping around the world, but lacks the sophisticated hardware other militaries rely on to keep their troops safe. The troops have not trained with their Australian, New Zealand and American counterparts since 2006, when the military took control of this relaxed South Pacific nation of 900,000.

Fiji wasn't even sure at first how many of its troops were captured last week in the Golan Heights, where they were part of a UN force that has monitored the buffer zone between Syria and Israel for four decades. The UN announced that 43 were taken. Fiji later said it was 44. By Monday, Fiji had raised the number to 45. 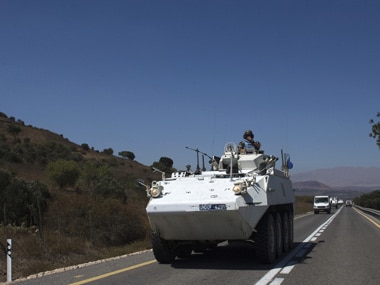 "They decided to go in June last year, and by August they were in," he said. "It was quite hasty. I knew they didn't have the logistics and training for such a deployment, or for the escalating violence in Syria."

The UN says its peacekeepers are well vetted.

"The training, preparation and background of the troops are looked at very carefully," said Osnat Lubrani, the UN resident coordinator in Fiji. She added that "the intention of sending troops is that they are not meant to be in danger at all."

Fijians this week have been holding candlelight vigils for their troops, who have been held by the al-Qaida-linked Nusra Front in an unknown location since August 28. The UN says it's negotiating with the insurgents, who have made several demands for releasing the Fijians, including being taken off the UN terrorist list.

Fiji has long taken on an outsized role in the world's peacekeeping duties, even as it has been roiled by several domestic coups. The military promises it will finally hold democratic elections this month.

The UN has been willing to overlook Fiji's domestic problems when it comes to accepting its peacekeepers for dangerous and unpopular assignments. For Fiji, the work means international prestige, goodwill and money.

"It's very hard to see how they can justify using military people who have overthrown the rule of law in their own country as the agents to enforce the rule of law as peacekeepers somewhere else," McCully told The New Zealand Herald newspaper.

James Brown, a military fellow at Australia's Lowy Institute for International Policy and a former Australian commander, said that prior to 2006, the Fijians were good soldiers.

"Their basic military skills were pretty impressive. They did lots of training in Fiji and lots of training with us," he said. "Obviously, they lack a lot of sophisticated equipment that other militaries have. They don't have the intelligence and surveillance systems."

Brown said he can't be sure how well trained the Fijians have been since the coup. He said he's aware they've been doing some training at a national defense university in China, which has become a close ally to Fiji in recent years.

Fiji acknowledges that some of its captured soldiers had no previous peacekeeping experience before being placed in one of the world's most dangerous and volatile regions.

"There's a mixture of old soldiers and new soldiers," said Brig. Gen. Mosese Tikoitoga, the head of Fiji's military. "In every peacekeeping mission we go to, we take new soldiers as well."

He said his soldiers have never before faced the level of radicalism they've found in Syria.

"These Fijian soldiers have watched armed elements behead people beside their gate," he said. "That would have weakened anybody in their right mind."

Tikoitoga said the Fijians were overmatched with the firepower of the insurgents and he agreed with the decision by the UN peacekeeping commander to surrender and turn over their weapons.

"The question running through the commander's mind was, 'Do I become a tiger and fight? Or do I become a cat and fight another day?'" Tikoitoga said.

Baledrokadroka, the former Fijian commander, said it was "quite disturbing" to see the Fijians surrender while the Filipinos escaped.

"It's the duty of every soldier to not be disarmed, to resist being captured," he said. "It's a shock to every former soldier like me to know this has happened. It's quite a big blow to our martial traditions. Fijians have been known as warriors down through the ages."

But Philippine Gen. Gregorio Pio Catapang said the Fijians may have had little choice because they were cornered after they retreated to a bunker.

UN peacekeeping spokespeople could not be immediately reached for comment this week.

Fiji's commander says the nation won't abandon its mission in Syria, and he is even willing to replace the 45 troops if they need to recuperate if and when they are released.

"This is incredible," he said. "When you look at other democratic countries, they're looking at pulling out, but this regime in Fiji is just doing things unilaterally."

Austria and Croatia pulled their Golan Heights peacekeepers last year over fears they would be targeted. The Philippines has said it's leaving in October, and Ireland has threatened to withdraw. Among the 1,250 troops remaining are those from India, Nepal and the Netherlands.

The U.N. pays nations $1,028 each month per soldier — not enough to pay the wages of troops in developed nations but above the going rate in poorer ones like Fiji.

Baledrokadroka said his understanding is that while the Fiji military used to pocket the difference, the Fijian troops are now getting the full reimbursement rate, which, in turn, is attracting plenty of new recruits.