By Ginger Gibson WASHINGTON (Reuters) - The top Democrat on the U.S. House of Representatives' most wide-ranging investigative panel sent 51 letters on Wednesday demanding that the Trump administration provide documents for a wave of investigations expected to gain momentum in January. 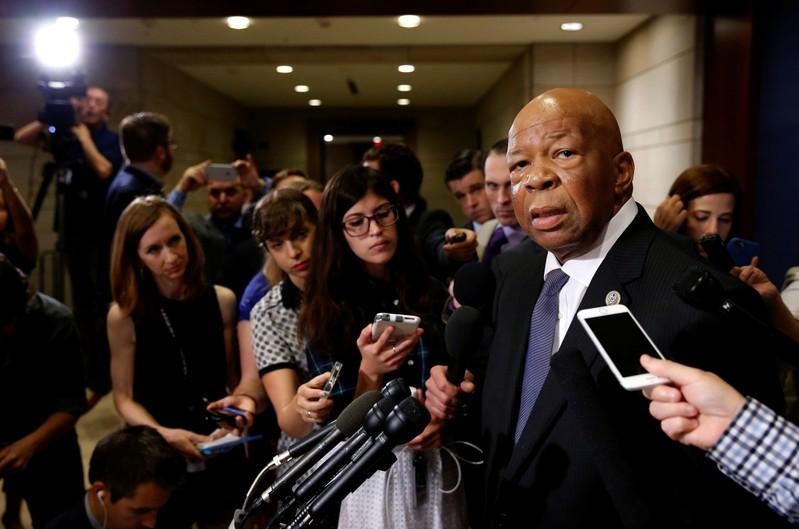 WASHINGTON (Reuters) - The top Democrat on the U.S. House of Representatives' most wide-ranging investigative panel sent 51 letters on Wednesday demanding that the Trump administration provide documents for a wave of investigations expected to gain momentum in January.

Representative Elijah Cummings, who will become chairman of the House Oversight Committee when Democrats take control of the chamber on Jan. 3, was reiterating some requests that had been made in conjunction with Republicans, but not complied with.

The requests marked the start of what promises to be a contentious process between the House and President Donald Trump's White House. Democratic leaders are expected to launch probes of Trump's presidency, his personal finances and his family.

The 51 letters give an indication of the kinds of issues that are likely to dominate the Democrats' agenda.

They cover topics ranging from separation of immigrant children from their parents, the U.S. response to the hurricane in Puerto Rico, lead poisoning of the water in Flint, Michigan, and travel by White House staff and cabinet secretaries.

Cummings gave the administration until Jan. 11 to comply. Otherwise, officials risk facing a subpoena, which Cummings will have the power to issue once he becomes chairman of the Oversight Committee.

"Many of these requests were bipartisan, and some are now more than a year old. As Democrats prepare to take the reins in Congress, we are insisting — as a basic first step — that the Trump Administration and others comply," Cummings said in a statement to Reuters.

In a letter to Trump's private business, the Trump Organization, and his attorney Sheri Dillon, Cummings asked for details on payments from foreign governments to the president's hotels. Democrats have charged Trump is violating the U.S. Constitution's emoluments clause by profiting from hotel patronage by foreign governments.

Cummings asked the Environmental Protection Agency for documents about former administrator Scott Pruitt's travel and expenses, and sent a letter to Labor Secretary Alexander Acosta seeking information about document preservation at his agency.

The White House did not return a request for comment.