DAKAR (Reuters) - The brother of Senegal's President Macky Sall has resigned from his government post after allegations of fraud relating to natural gas contracts, he said on Monday. 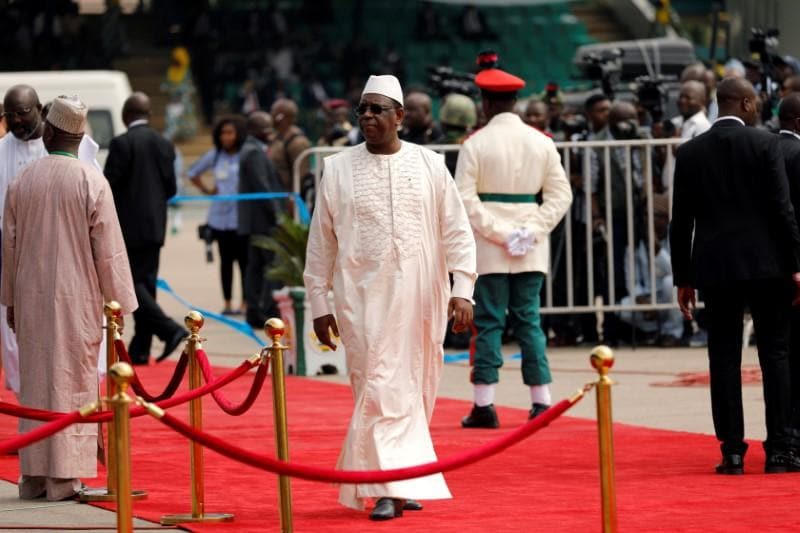 DAKAR (Reuters) - The brother of Senegal's President Macky Sall has resigned from his government post after allegations of fraud relating to natural gas contracts, he said on Monday.

An investigation by the British Broadcasting Corporation (BBC) this month alleged that a company run by Aliou Sall received a secret payment of $250,000 in 2014 from Frank Timis, a businessman whose company, Timis Corporation, that year secured licences to two major offshore gas blocks.

The affair has dominated the airwaves in Senegal, overshadowing the beginning of President Sall's second term. Protesters have taken to the streets of the capital Dakar in recent weeks and the country's top prosecutor has launched an investigation.

It also has international implications: London-based BP in 2017 agreed to pay Timis Corp $250 million for a stake in the licences, plus about $10 billion in royalty payments over the coming decades, the BBC said.

BP says the royalty payments are nowhere close to $10 billion and that it carried out ample due diligence before signing the deal. Timis has denied wrongdoing.

Aliou Sall, who is mayor of a Dakar suburb, said he was resigning from his position in a body linked to the national treasury, but denied that he received a payment from Timis. In a statement he said the allegations were part of a campaign to "dehumanise" him and make him "public enemy number one".

Senegal's offshore blocks hold some of the largest untapped reserves of natural gas in the world and are set to propel economic growth from early next decade.

But they have caused controversy ever since they were first awarded in January 2012 to a company called Petro-Tim that had no experience in the energy industry and only a few thousand dollars to its name, according to company records seen by Reuters.

An investigation in May 2012 by the state auditor found that the deal should be annulled because the petroleum code states that all companies given licences must have a proven track record. Petro-Tim was formally established only after it won the deal, the company records show, and was unknown in the industry.

Macky Sall approved the deal anyway. Later that year, Aliou Sall was given a job running Petro-Tim's Senegal arm, prompting outrage in Senegal. The blocks were sold to Timis Corp in 2014 before Kosmos Energy and BP bought in.