By Amanda Becker WASHINGTON (Reuters) - With President Donald Trump's impeachment trial looming in January, the five Democratic senators running against him are weighing tele-townhalls, quick trips and candidate proxies to keep their White House bids going while they serve as jurors. The U.S. 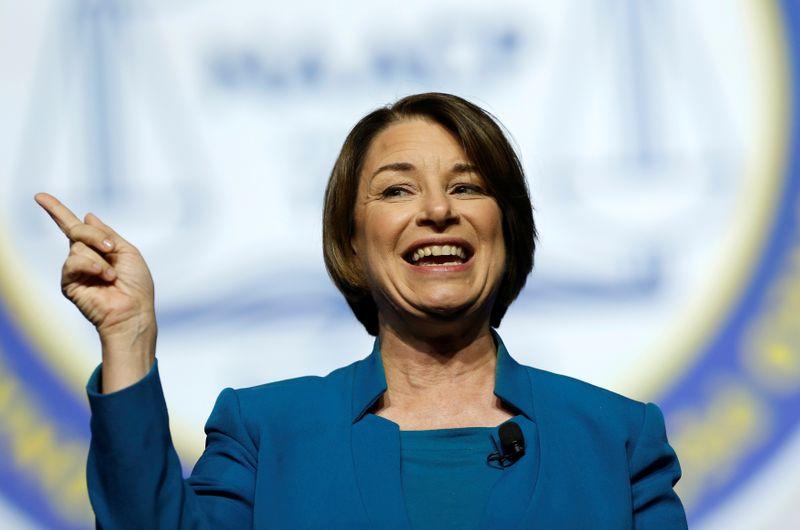 WASHINGTON (Reuters) - With President Donald Trump's impeachment trial looming in January, the five Democratic senators running against him are weighing tele-townhalls, quick trips and candidate proxies to keep their White House bids going while they serve as jurors.

The U.S. House of Representatives is expected to approve articles of impeachment this week, kicking the process to the Senate, where a trial will be the first order of business when lawmakers return in early January.

Senators Michael Bennet of Colorado, Cory Booker of New Jersey, Amy Klobuchar of Minnesota, Bernie Sanders of Vermont and Elizabeth Warren of Massachusetts could get a visibility boost as the proceedings dominate television.

But the trial will also keep the presidential contenders away from Iowa and New Hampshire in the crucial lead-up to the Democratic nominating contests on Feb. 3 and Feb. 11, respectively.

The senators' presidential campaigns are considering a mix of options to keep pace with rivals such as former Vice President Joe Biden and Pete Buttigieg, the outgoing mayor of South Bend, Indiana. Both are in the top tier of opinion polls and will be free to travel without competing demands.

Warren, who is struggling to regain her front-runner status in Iowa, will likewise consider remote appearances and events hosted by key supporters or family members, her campaign said.

Sanders, who like Warren is in the top tier of candidates in Iowa and nationally, is weighing weekend trips and remote appearances at Iowa events. Representatives Alexandria Ocasio-Cortez, Ilhan Omar and Ro Kanna are among the possible supporters Sanders may use in his place, his campaign said.

Klobuchar, who has risen in recent Iowa opinion polls, will also tap proxies such as her husband, she has said.

Bennet is increasingly focused on New Hampshire and will likely take advantage of the shorter travel time from Washington to host nighttime events planned around the impeachment trial's schedule, his campaign said.

"Every chance he gets, he will be on the campaign trail talking to early state voters," a campaign spokesperson said.