By Jim Christie and Tina Bellon (Reuters) - A U.S. jury on Tuesday found Bayer AG's glyphosate-based Roundup weed killer caused cancer, a blow to the company eight months after another jury issued a $289 million verdict over similar claims in a different case 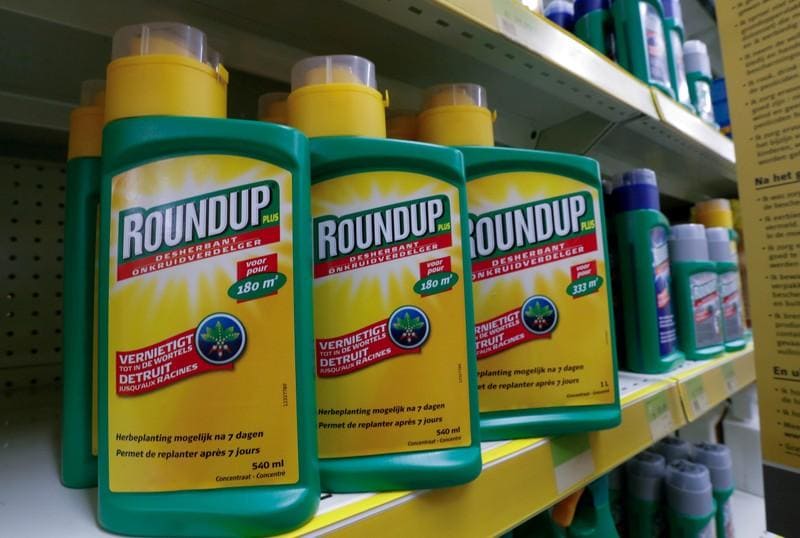 By Jim Christie and Tina Bellon

(Reuters) - A U.S. jury on Tuesday found Bayer AG's glyphosate-based Roundup weed killer caused cancer, a blow to the company eight months after another jury issued a $289 million verdict over similar claims in a different case.

Tuesday's unanimous jury decision in San Francisco federal court, which came after five days of deliberation, was not a finding of Bayer's liability for the cancer of plaintiff Edwin Hardeman. Liability and damages will be decided by the same jury in a second trial phase beginning on Wednesday.

Bayer, which denies allegations that glyphosate or Roundup cause cancer, in a statement on Tuesday said it was disappointed with the jury's initial decision. Bayer acquired Monsanto, the longtime maker of Roundup, for $63 billion last year.

"We are confident the evidence in phase two will show that Monsanto's conduct has been appropriate and the company should not be liable for Mr. Hardeman's cancer," the company said.

Glyphosate is the world's most widely used weed killer. Monsanto's Roundup was the first glyphosate-based weed killer but is no longer patent-protected and many other versions are now available. Bayer does not provide sales figures for the product.

The case was only the second of some 11,200 Roundup lawsuits to go to trial in the United States. Another California man was awarded $289 million in August after a state court jury found Roundup caused his cancer, sending Bayer shares plunging at the time. That award was later reduced to $78 million and is on appeal.

Bayer had claimed that jury was overly influenced by plaintiffs' lawyers allegations of corporate misconduct and did not focus on the science.

U.S. District Judge Vince Chhabria called such evidence "a distraction" from the scientific question of whether glyphosate causes cancer. He split the Hardeman case into two phases: one to decide causation, the other to determine Bayer's potential liability and damages.

Under Chhabria's order, the second phase would only take place if the jury found Roundup to be a substantial factor in causing Hardeman's non-Hodgkin's lymphoma. The jury found that it was on Tuesday.

Carl Tobias, a law professor at the University of Richmond, said Tuesday’s decision showed that the August jury verdict was not an aberration and that the Hardeman case could be an indication of what may happen in future similar cases.

Some legal experts had said Chhabria's decision was beneficial to Bayer, which says decades of studies and regulatory evaluations have shown the weed killer to be safe for human use.

"We will only really know whether it works for Bayer to isolate scientific issues once we see more trials,” said Adam Zimmerman, a law professor focusing on mass torts at Los Angeles-based Loyola Law School.

Chhabria has scheduled another bellwether trial for May and a third trial is likely to take place this year. All three bellwether cases will be split into causation and liability phases.

In the trial's second phase, Hardeman's lawyers will be allowed to present evidence allegedly showing the company's efforts to improperly influence scientists, regulators and the public about the safety of Roundup.

Hardeman's lawyers, Aimee Wagstaff and Jennifer Moore, said they look forward to presenting that evidence to the jury to hold Monsanto accountable.

"Now we can focus on the evidence that Monsanto has not taken a responsible, objective approach to the safety of Roundup," they said in a statement.

Chhabria is overseeing more than 760 Roundup cases for which Hardeman's was a so-called bellwether trial intended to help determine the range of damages and define settlement options for the others.

Another Roundup trial is scheduled to begin in California state court in Oakland on March 28, involving a couple who claim Roundup caused their non-Hodgkin's lymphoma.