By Susan Heavey and Andrew Chung WASHINGTON (Reuters) - A second Republican in the U.S. Senate on Sunday voiced objections to President Donald Trump's plan to fill a vacancy on the Supreme Court weeks before an election that would cement a 6-3 conservative majority. Hours before Trump's rival in November, former Vice President Joe Biden, was due to address the plan, Senator Lisa Murkowski of Alaska said she did not support the move, becoming the second of the 53 Republicans in the 100-seat chamber to object publicly following the death of liberal Justice Ruth Bader Ginsburg on Friday 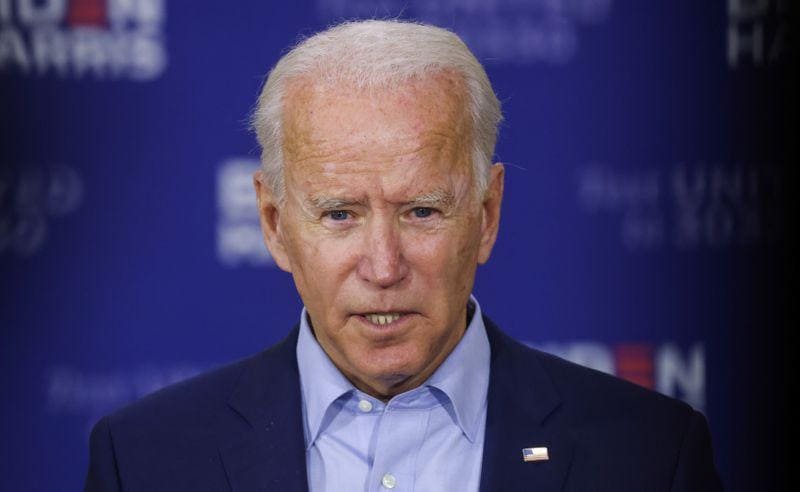 By Susan Heavey and Andrew Chung

WASHINGTON (Reuters) - A second Republican in the U.S. Senate on Sunday voiced objections to President Donald Trump's plan to fill a vacancy on the Supreme Court weeks before an election that would cement a 6-3 conservative majority.

Hours before Trump's rival in November, former Vice President Joe Biden, was due to address the plan, Senator Lisa Murkowski of Alaska said she did not support the move, becoming the second of the 53 Republicans in the 100-seat chamber to object publicly following the death of liberal Justice Ruth Bader Ginsburg on Friday.

Trump's plan to quickly fill the vacancy drew immediate criticism from Democrats, who noted that in 2016 Republican Senate Majority Leader Mitch McConnell blocked a vote on a Democratic appointee, saying it was inappropriate to do so in an election year.

Biden, who stayed out the public eye on Saturday, will speak at about 2 p.m. ET (1800 GMT), his campaign said.

'NOTHING IS OFF THE TABLE'