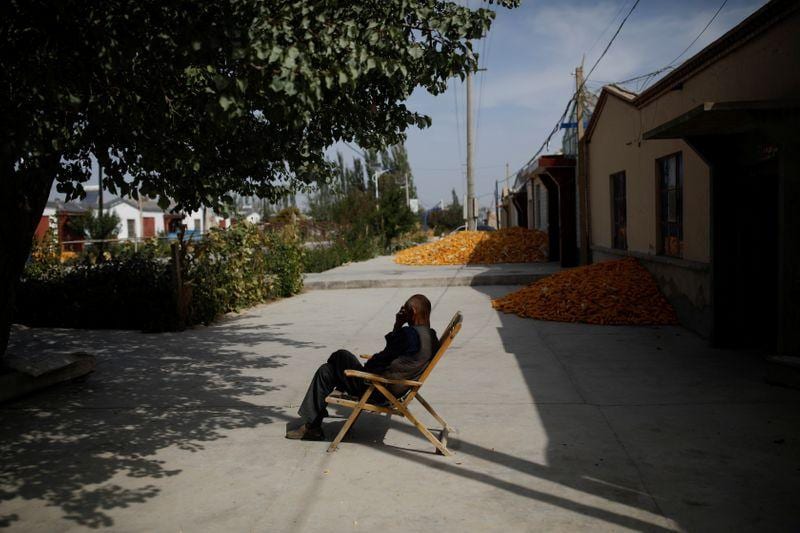 The largest glacier in the 800-km (500-mile) mountain chain on the arid northeastern edge of the Tibetan plateau has retreated about 450 metres since the 1950s, when researchers set up China's first monitoring station to study it.

The 20-square kilometre glacier, known as Laohugou No. 12, is criss-crossed by rivulets of water down its craggy, grit-blown surface. It has shrunk by about 7% since measurements began, with melting accelerating in recent years, scientists say.

Equally alarming is the loss of thickness, with about 13 metres (42 feet) of ice disappearing as temperatures have risen, said Qin Xiang, the director at the monitoring station.

"The speed that this glacier has been shrinking is really shocking," Qin told Reuters on a recent visit to the spartan station in a frozen, treeless world, where he and a small team of researchers track the changes.

The Tibetan plateau is known as the world's Third Pole for the amount of ice long locked in the high-altitude wilderness.

But since the 1950s, average temperatures in the area have risen about 1.5 Celsius, Qin said, and with no sign of an end to warming, the outlook is grim for the 2,684 glaciers in the Qilian range.

"When I first came here in 2005, the glacier was around that point there where the river bends," Qin said, pointing to where the rock-strewn slopes of the Laohugou valley channel the winding river to lower ground.

The flow of water in a stream near the terminus of the Laohugou No. 12 runoff is about double what it was 60 years ago, Qin said.

Further downstream, near Dunhuang, once a major junction on the ancient Silk Road, water flowing out of the mountains has formed a lake in the desert for the first time in 300 years, state media reported.

Global warming is also blamed for changes in the weather that have brought other unpredictable conditions.

Snowfall and rain has at times been much less than normal, so even though the melting glaciers have brought more runoff, farmers downstream can still face water shortages for their crops of onions and corn and for their animals.

Large sections of the Shule river, on the outskirts of Dunhuang, were either dry or reduced to murky patches of pool, isolated in desert scrub when Reuters visited in September.

"In spring, we're seeing increased flooding, and then when water is needed most for irrigation later in the summer, we're seeing shortages."

For Gu Jianwei, 35, a vegetable farmer on the outskirts of the small city of Jiuquan, the changes in the weather have meant meagre water for his cauliflowers this year.

Gu said he had been able to water his crop just twice over two crucial summer months, holding up a small cauliflower head that he said was just a fraction of the normal weight.

The melting in the mountains could peak within a decade, after which snow melt would sharply decrease due to the smaller, fewer glaciers, China Academy of Sciences expert Shen Yongping said. That could bring water crises, he warned.

The changes in Qilian reflect melting trends in other parts of the Tibetan plateau, the source of the Yangtze and other great Asian rivers, scientists say.

"Those glaciers are monitoring atmospheric warming trends that apply to nearby glaciated mountain chains that contribute runoff to the upper Yellow and Yangtze Rivers," said Aaron Putnam, associate professor of earth sciences at the University of Maine.

The evidence of the withering ice is all too clear for student researcher Jin Zizhen, out under a deep-blue sky checking his instruments in the glare of Laohugou No. 12.

"It's something I've been able to see with my own eyes."