LONDON (Reuters) - Scientists have created the first full map of mosquito immune cells and found a new type of cell that could have a role in how mosquitos are able to fight off malaria. The findings, published in the journal Science, could help scientists uncover new ways of preventing mosquitos from spreading the malaria parasite to people and break the chain of transmission, the researchers said. 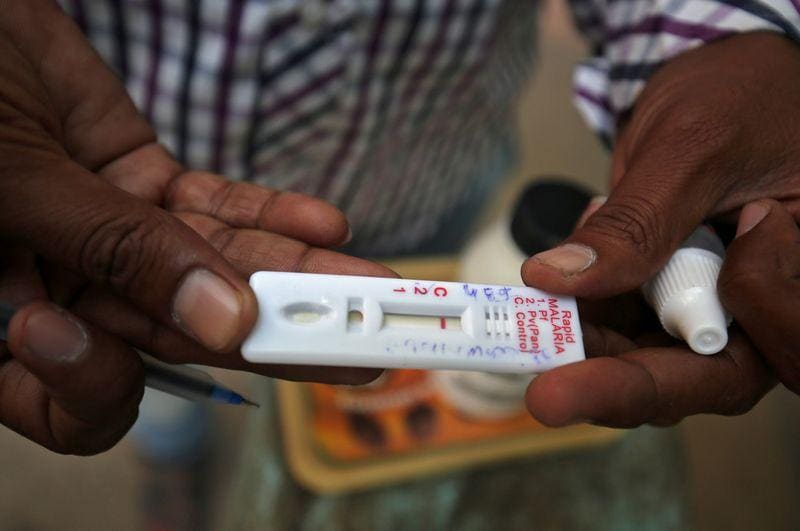 LONDON (Reuters) - Scientists have created the first full map of mosquito immune cells and found a new type of cell that could have a role in how mosquitos are able to fight off malaria.

The findings, published in the journal Science, could help scientists uncover new ways of preventing mosquitos from spreading the malaria parasite to people and break the chain of transmission, the researchers said.

Malaria affects more than 200 million people worldwide and killed an estimated 405,000 people in 2018 - most of them babies and children under five years old. It is caused by Plasmodium parasites, which are spread in the bites of female Anopheles mosquitoes.

"We discovered a rare but important new cell type, which we called a megacyte, which could be involved in immune priming and which appears to switch on further immune responses to the Plasmodium parasite," said Oliver Billker, a molecular infection expert at Sweden's Umeå University, who co-led the work.

The mosquito immune system controls how the insect can transmit parasites or viruses, Billker's team explained in the study, but until now, scientists knew little about the cell types involved.

The team studied both Anopheles gambiae mosquitos, which transmit malaria, and Aedes aegypti mosquitos, which carry viruses that cause other human infectious diseases such as Dengue fever, Chikungunya and Zika.

They analysed more than 8,500 individual immune cells to see exactly which genes were switched on in each cell and to identify molecular markers for each unique cell type.

"Mosquitos appear to have a sweet spot of immunity to parasites like malaria, with enough immunity to the infection that it doesn’t kill the mosquito but not enough to remove the parasite," said Sarah Teichmann, an expert at Britain's Wellcome Sanger Institute who co-led the study.