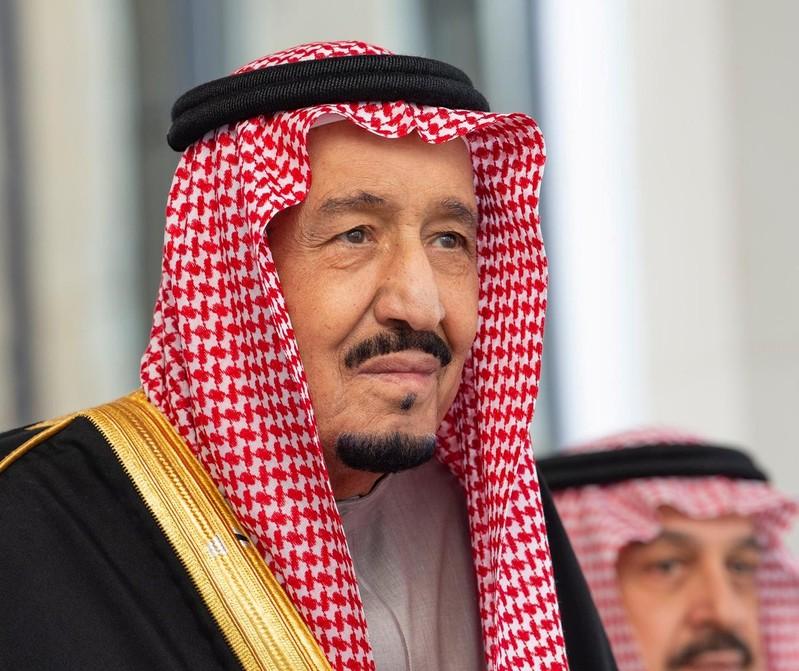 RIYADH (Reuters) - Saudi Arabia's King Salman struck a defiant note against the kingdom's enemies, saying on Wednesday that missile and drone strikes it blames on Iran had not halted development and reiterating that Riyadh will not hesitate to defend itself.

In an annual address to the appointed Shura Council, he called again on the international community to stop Tehran's nuclear and ballistic missile programs and halt regional intervention, saying it was time to stop the "chaos and destruction" generated by Iran, according to prepared remarks.

He also said the oil policy of the kingdom, the world's top oil exporter, is aimed at promoting market stability.

"Though the kingdom has been subjected to attacks by 286 ballistic missiles and 289 drones, in a way that has not been seen in any other country, that has not affected the kingdom's development process or the lives of its citizens and residents," the king told assembled council members, royals and foreign diplomats.

He praised the ability of state oil giant Saudi Aramco to quickly restore oil production capacity after attacks on its facilities in September which initially cut more than 5% of global supply.

He said Aramco's response had proven the kingdom's ability to meet global demand in any shortage, and praised the company's initial public offering, which began this week, saying it would attract foreign investment and create thousands of jobs.

Sunni Muslim Saudi Arabia and Shi'ite Iran are locked in a decades-long struggle for influence across the region, supporting opposing sides in conflicts from Syria to Yemen.

Tensions have risen since U.S. President Donald Trump pulled the United States out of a nuclear deal with world powers last year and reimposed economic sanctions.

Washington and Riyadh blame Tehran for the September attacks and earlier ones against oil tankers in Gulf waters and other Saudi oil installations. Iran denies involvement.

In Yemen, where Saudi Arabia leads a military coalition battling the Iran-aligned Houthis in a nearly five year war that has killed tens of thousands, King Salman said the kingdom seeks a political settlement.

He said he hoped a recent agreement signed in Riyadh between two coalition-backed parties that had fallen out would open the door to broader peace talks.

While reiterating long-standing support for a two-state solution to the Israel-Palestine conflict, the king did not refer to a U.S. decision this week in effect to back Israel’s building of settlements in the occupied West Bank.

The Trump administration on Monday abandoned the position held by the United States for four decades that the settlements were "inconsistent with international law".

Another topic the king did not mention was a 2-1/2-year boycott of neighbouring Qatar by Saudi Arabia and other Arab state, amid recent speculation about a potential easing of that policy.

He said Saudi Arabia's presidency of the Group of 20 countries, which begins next month, was evidence of the important role the kingdom plays in the global economy.