CAIRO (Reuters) - Saudi Arabia's foreign minister said on Tuesday that claims, including by the CIA, that Crown Prince Mohammed bin Salman gave the order to kill journalist Jamal Khashoggi were false, according to an Arabic-language newspaper interview. News outlets, including Reuters, reported the CIA's finding over the weekend in a case that has sparked an international outcry against the world's top oil exporter. 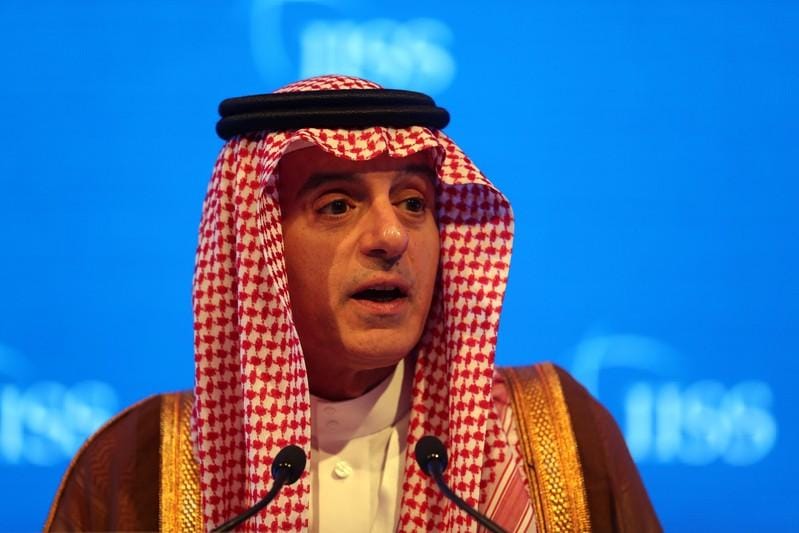 CAIRO (Reuters) - Saudi Arabia's foreign minister said on Tuesday that claims, including by the CIA, that Crown Prince Mohammed bin Salman gave the order to kill journalist Jamal Khashoggi were false, according to an Arabic-language newspaper interview.

News outlets, including Reuters, reported the CIA's finding over the weekend in a case that has sparked an international outcry against the world's top oil exporter. This was the most definitive U.S. assessment to date tying Saudi Arabia's de facto ruler directly to the killing and contradicted Saudi government assertions that he was not involved.

"We in the kingdom know that such allegations about the crown prince have no basis in truth and we categorically reject them, whether through leaks or not," Foreign Minister Adel al-Jubeir was quoted as saying in Saudi-owned Al Sharq Al Awsat newspaper in the first Saudi official comment on the CIA report.

"They are leaks that have not been officially announced, and I have noticed that they are based on an assessment, not conclusive evidence," he added.

A source familiar with the CIA's assessment said it was based largely on circumstantial evidence relating to the prince's central role in running the Saudi government.

Jubeir was also asked about comments by Turkish President Tayyip Erdogan that the kill order came from the highest level of the Saudi leadership but probably not King Salman, which has put the spotlight instead on the 33-year-old crown prince.

"We have already asked the Turkish authorities at the highest level about the meaning of these comments, and they confirmed to us categorically that the crown prince is not meant by these comments," he said.

"The leadership of the kingdom of Saudi Arabia, represented by the Custodian of the Two Holy Mosques (the king) and the crown prince, is a red line, and we will not permit attempts to harm or undermine them," he added.

Khashoggi, a Washington Post contributor and one-time royal insider who had been critical of the crown prince recently, was killed inside the Saudi consulate in Istanbul on Oct. 2.

Last week, after offering numerous contradictory explanations for Khashoggi’s disappearance, Riyadh said he had been killed and his body dismembered when “negotiations” to convince him to return to Saudi Arabia failed.