By Ghaida Ghantous and Crispian Balmer DUBAI/ROME (Reuters) - Saudi Arabia's foreign minister said on Friday a resolution to a bitter dispute with Qatar seemed 'within reach' after Kuwait announced progress towards ending a row that Washington says hampers a united Gulf front against Iran. 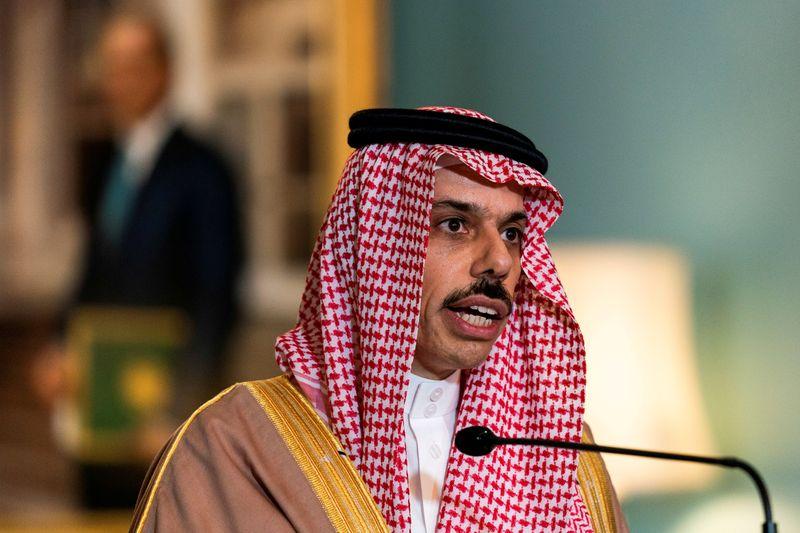 By Ghaida Ghantous and Crispian Balmer

DUBAI/ROME (Reuters) - Saudi Arabia's foreign minister said on Friday a resolution to a bitter dispute with Qatar seemed "within reach" after Kuwait announced progress towards ending a row that Washington says hampers a united Gulf front against Iran.

The United States and Kuwait have worked to end the dispute, during which Saudi Arabia, the United Arab Emirates, Bahrain and Egypt have imposed a diplomatic, trade and travel embargo on Qatar since mid-2017.

"We have made significant progress in the last few days thanks to the continuing efforts of Kuwait but also thanks to strong support from (U.S.) President (Donald) Trump," Saudi Foreign Minister Prince Faisal bin Farhan Al Saud told a Rome conference via videolink.

"We hope this progress can lead to a final agreement which looks within reach and I can say I am somewhat optimistic that we are close to finalising an agreement between all the nations in the dispute."

U.S. Secretary of State Mike Pompeo, speaking remotely at a Bahrain summit on Friday, said the United States was "very hopeful" that the row would be resolved.

All the countries involved are U.S. allies. Qatar hosts the region's largest U.S. military base, Bahrain is home to the U.S. Navy's Fifth Fleet and Saudi Arabia and the UAE host U.S. troops.

Washington has been pushing the countries to reopen Gulf airspace for Qatari aircraft as a first step towards ending the crisis, diplomats and sources have said.

Kuwait's foreign minister, Sheikh Ahmad Nasser al-Sabah, said earlier on Friday that fruitful discussion had taken place recently "in which all sides expressed their keenness for Gulf and Arab unity and stability, and to reach a final agreement that realises lasting solidarity".

A Gulf source familiar with the matter told Reuters it was significant that all parties had agreed to move forward with discussions.

He had earlier told the Rome online conference that Doha hoped "things will move in the right direction right now" but that any resolution should be "holistic" and based on mutual respect for sovereignty, including in foreign policy.

The other four nations accuse Doha of supporting terrorism. Qatar denies the charges and says the boycott aims to undermine its sovereignty.

Qatar had been set 13 demands, ranging from closing Al Jazeera television and shuttering a Turkish base to cutting links to the Muslim Brotherhood and downgrading ties with Iran, which shares a giant gas field with Qatar.