CAIRO (Reuters) - Afghan peace talks held in the United Arab Emirates will yield 'very positive results by the beginning of next year', the Saudi ambassador to Washington said on Thursday, adding to hopes of progress to end the 17-year war in Afghanistan. 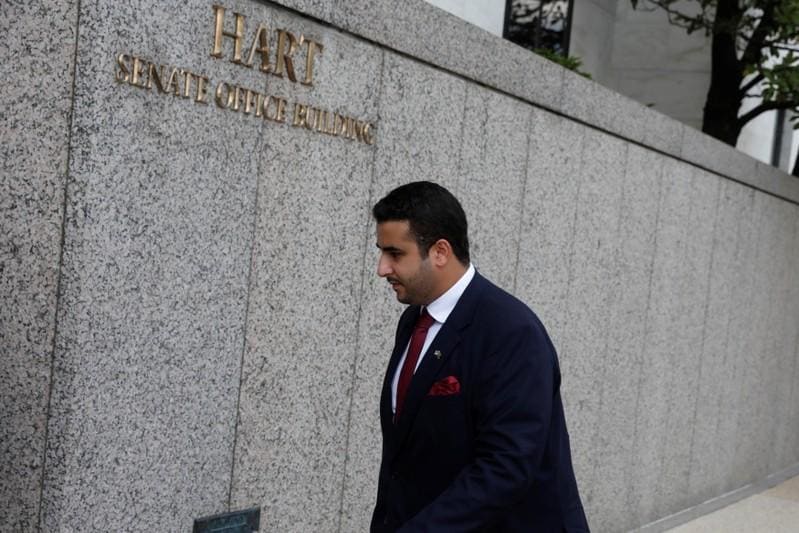 CAIRO (Reuters) - Afghan peace talks held in the United Arab Emirates will yield "very positive results by the beginning of next year", the Saudi ambassador to Washington said on Thursday, adding to hopes of progress to end the 17-year war in Afghanistan.

Khalid bin Salman added on his Twitter account that the talks were productive and would "help promote intra-Afghan dialogue towards ending the conflict".

Officials from Saudi Arabia and the United Arab Emirates took part in the Abu Dhabi meeting, at least the third encounter between Khalilzad and Taliban envoys since he was named to oversee the peace effort from Washington's side in September.

In an interview with Afghanistan's Ariana Television, Khalilzad repeated that, ideally, an agreement would be reached before presidential elections, currently scheduled for April 20.

"I think it would be great if we could reach a peace deal before the elections," he said, according to a transcript provided by the U.S. Embassy in Kabul.

"But it doesn't only depend on Afghanistan’s government. It depends on the Taliban too,"

The United States insists that any peace settlement must be agreed between Afghans but the Taliban have so far publicly refused to talk directly to the Afghan government, which they say is an illegitimate, foreign-imposed regime.

The urgency around the peace talks was heightened by President Donald Trump's unexpected decision this week, fulfilling a promise from his 2016 presidential election campaign, to withdraw U.S. troops from Syria.

According to Western diplomats in Kabul, there is concern among some U.S. allies that Trump may decide a similar move in Afghanistan and Khalilzad is widely believed to have until the middle of next year to come up with a settlement.

In a separate interview with Tolo News, Khalilzad said Trump was "in a hurry", having promised the American people that he wanted to end the war in Afghanistan.

"But it should not be misinterpreted - we want peace here with respect to set objectives - that Afghanistan will not be a threat for the U.S. - and that we have a positive relationship with Afghanistan," he said.

"... but if the Taliban are not prepared for that and war continues, then we will stand by the Afghan government and people," he said.

Washington hopes Saudia Arabia and the UAE can push Pakistan to use its leverage on the Taliban to drop their refusal to talk directly with the Afghan government.

Khalilzad said that during the Abu Dhabi meeting, the two countries had proposed a three-month ceasefire between the Taliban and the Afghan government but that the Taliban had asked for more time to consult with their leadership.

"We told them, if they want peace or if they are serious about peace, they should sit with the Afghans and respond as soon as possible to the Emirati and Saudi suggestion."

(Reporting by Nayera Abdallah in Cairo, and James Mackenzie in Kabul; Editing by Mark Heinrich and Alison Williams)