By Simon Lewis WASHINGTON (Reuters) - U.S. Senator Bernie Sanders said on Thursday that President Donald Trump is 'prepared to undermine American democracy in order to stay in power,' and called for an independent commission to oversee the upcoming U.S. elections 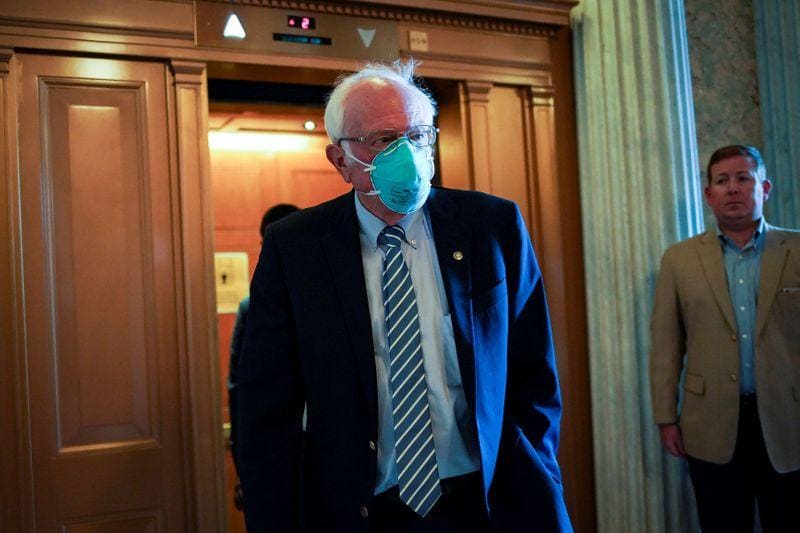 WASHINGTON (Reuters) - U.S. Senator Bernie Sanders said on Thursday that President Donald Trump is "prepared to undermine American democracy in order to stay in power," and called for an independent commission to oversee the upcoming U.S. elections.

On Wednesday, Trump refused to commit to a peaceful transfer in response to a reporter's question, and said he expected his Nov. 3 election battle with Democrat Joe Biden to be settled by the Supreme Court.

Sanders, a progressive U.S. senator from Vermont, said in a speech in Washington that Trump, behind in the polls, is "attempting massive voter suppression" and "sowing the seeds of chaos, confusion and conspiracy theories by casting doubt on the integrity of this election."

"This is an election between Donald Trump and democracy - and democracy must win," said Sanders, an independent who Biden beat for the Democratic Party's presidential nomination.

Sanders, who has endorsed Biden, said he backed calls for a nonpartisan commission to oversee the election and help reassure voters, and repeated his call for the Republican Senate Majority Leader Mitch McConnell to hold hearings on election integrity.

All states should begin counting mail-in ballots before Election Day and social media companies must stop misinformation spreading on their platforms, Sanders said.

Congressional Republicans on Thursday issued statements assuring American voters that November's election outcome will be accepted, but did not openly condemn Trump, who is also a Republican.

"The winner of the November 3rd election will be inaugurated on January 20th. There will be an orderly transition just as there has been every four years since 1792," McConnell wrote in a tweet.