By Philip Pullella VATICAN CITY (Reuters) - During his 27-year pontificate, Pope John Paul II canonised so many people that some dubbed the Vatican 'the saint factory'. Now, the Polish pope's own legacy is under a shadow and some Catholics are asking if declaring him a saint in 2014, a record nine years after his death, may have been a hasty decision 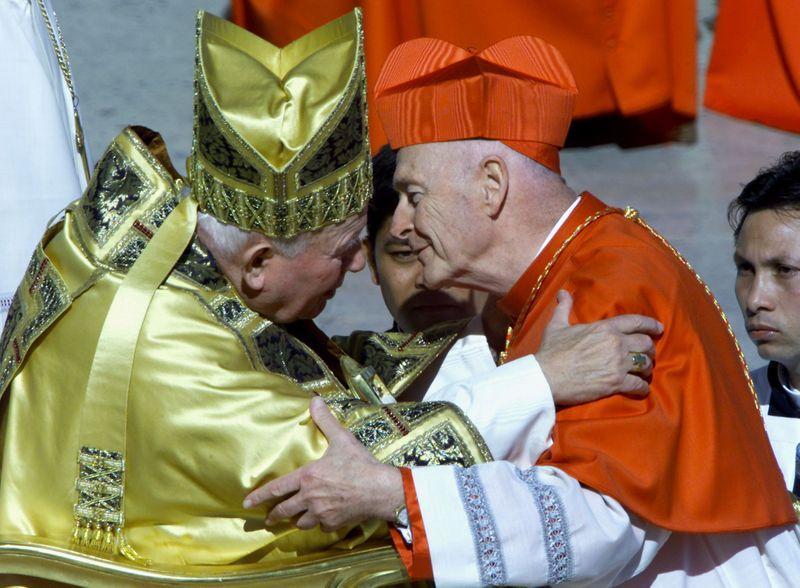 VATICAN CITY (Reuters) - During his 27-year pontificate, Pope John Paul II canonised so many people that some dubbed the Vatican "the saint factory".

Now, the Polish pope's own legacy is under a shadow and some Catholics are asking if declaring him a saint in 2014, a record nine years after his death, may have been a hasty decision.

Last week, the Vatican issued its report on ex-cardinal Theodore McCarrick, a star of the U.S. Church who was expelled from the priesthood last year after an internal investigation found him guilty of sexual abuses of minors and adults and abuse of power.

It showed that John Paul had promoted McCarrick in 2000 to be archbishop of Washington DC despite persistent rumours of sexual misconduct, believing his personal denial and overruling several senior Church officials who had advised him against it.

The report rekindled a debate between John Paul's defenders and detractors that had accompanied his canonisation - an official recognition that a person lived and died in such an exemplary manner that they are with God in heaven and worthy of public veneration - or "cult" - across the Church.

"Saints are human beings, and saints, in their humanity, can be deceived," wrote papal biographer George Weigel.

The head of the Polish bishops' conference said McCarrick had "cynically deceived" John Paul, but not all Poles agreed. In Warsaw, someone placed a sticker on a street sign reading "John Paul II Avenue" to make it read "Victims of John Paul II Avenue".

In the United States, the influential National Catholic Reporter newspaper urged bishops to "suppress the cult" of the late pope. That meant that, while he would still be considered a saint, schools or churches should not bear his name and activities of devotion towards him should be private.

"It is time for a difficult reckoning. This man ... undermined the global Church's witness, shattered its credibility as an institution, and set a deplorable example for bishops in ignoring the accounts of abuse victims," its editorial said.

Vatican spokesman Matteo Bruni said he had no comment.

The McCarrick Report said John Paul's willingness to believe the former cardinal's denial was likely to have been influenced by his experience in his Poland, when communists used false abuse allegations to weaken the Church.

John Paul's defenders have offered the same explanation to counter allegations that he turned a blind eye to Father Marcial Maciel, the Mexican founder of the Legionaries of Christ religious order who was the Church's most notorious sexual abuser.

"MODELS TO BE IMITATED"

"The problems that have arisen over John Paul's treatment of McCarrick prove that it is a mistake to be too hasty in canonising anyone," said Father Tom Reese, senior analyst for the independent Religion News Service.

"I oppose canonising popes because it is often more about Church politics than sanctity," he said. "Saints are supposed to be models to be imitated. How can you model yourself after a pope unless you are a pope?"

He changed an earlier rule that the process leading to canonisation, known as a cause, could not start until 50 years after a person's death. He cut it to five years and permitted fast-track exceptions.

When Pope Benedict XVI was elected in 2005, he waived the rule, allowing John Paul's cause to start only weeks after his death.

Catholic author Dawn Eden Goldstein tweeted that the McCarrick Report had not changed her belief that John Paul was a saint, but had changed how she prays to him: